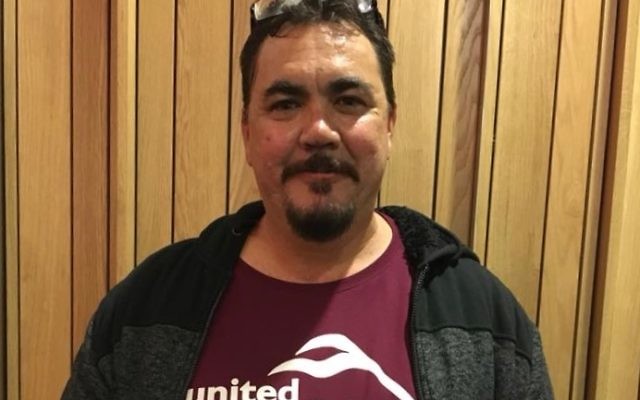 LABOR has dumped a Northern Territory Senate hopeful who had shared antisemitic conspiracy theories on Facebook.

In 2015 and 2016, Wayne Kurnorth shared two posts by the notorious conspiracy theorist David Icke suggesting that “Rothschild Zionists” secretly run the world and are descended from reptiles.

Icke was denied a visa for a speaking tour earlier this year following a campaign by the Anti-Defamation Commission (ADC).

Opposition Leader Bill Shorten, who was hesitant last week to take action against Kurnorth for another post depicting former Prime Minister Malcolm Turnbull as an executioner beheading ABC presenter Emma Alberici, told reporters on Monday after the latest revelations, “I don’t think he should be our candidate any more.”

Executive Council of Australian Jewry co-CEO Alex Ryvchin said it was “deeply shameful” for a candidate for public office to trade in antisemitic conspiracy theories.

“We have seen time and time again how the weak of mind and plain evil have killed Jews citing supposed Jewish control of the world as a justification. Our aspiring political leaders have a special responsibility to act to drive antisemitism from society, not to indulge it,” he said.

ADC chairman Dvir Abramovich commended Labor for “acting decisively and for making it crystal clear that there is no place in Australian politics for antisemitism and hate”.

“It was troubling that a candidate running for elected office chose to peddle age-old antisemitic conspiracy theories,” he said.

“It was also alarming that Mr Kurnorth posted links to the virulent anti-Jewish rantings of David Icke who claims, among other libels, that the Jews bankrolled their own annihilation in the Holocaust and that racist, far-right groups are actually fronts for the Jews.”

Labor sources told The Australian that Kurnorth ­has acknowledged the posts were unacceptable.

In a related embarrassment, Labor was forced to reprint its how-to-vote cards in the Melbourne electorate of Goldstein after it initially directed its fourth preference to independent candidate John Casley, who is the convenor of the “David Icke Club Melbourne”.

Casley previously ran as a One Nation candidate in 1998.