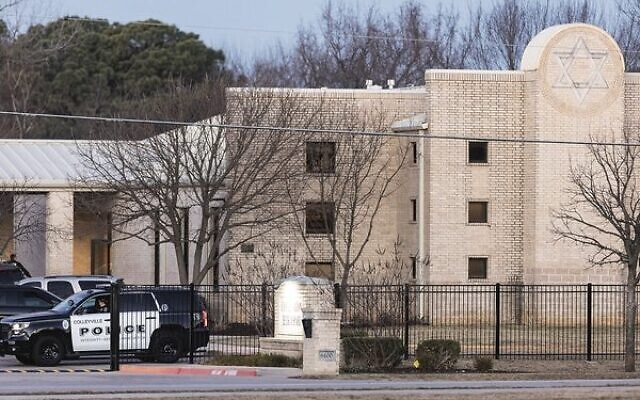 If the ABC News website or ABC News app are your source for finding out what’s going on in the world, you wouldn’t have found out about the siege at Congregation Beth Israel in Colleyville, Texas, last Sunday until it was all over.

While our national broadcaster did cover the hostage crisis on the radio during the day, a rabbi and four worshippers being held at gunpoint in a US synagogue failed to make even the world headlines on its digital media platforms for the 12 hours the stand-off with police was taking place.

Expressing thanks the hostages emerged unharmed, and praising the efforts of law enforcement agencies involved, co-CEO of the Executive Council of Australian Jewry Peter Wertheim lamented, “The climate of populist antisemitism fostered by anti-

Israel, Islamist and white supremacist sources remains a deadly threat to Jewish communities everywhere, serving as a well-spring that incites terrorist behaviour by lone actors and organised groups alike. News coverage which distorts or downplays such behaviour is part of the problem.

He added, “This incident was a major news story around the world. Although ABC Radio gave the story prompt and appropriate coverage, those seeking information from the ABC news website or news app searched in vain for any story while events unfolded and were badly let down.”

Australia/Israel & Jewish Affairs Council executive director Colin Rubenstein concurred, stating, “While the story was well covered on ABC Radio, such a glaring omission, if confirmed, is certainly disappointing and an explanation would be warranted.”

Noting that Sunday saw a number of major stories, including the Tonga volcanic eruption, the government’s efforts to deport Novak Djokovic and the COVID situation around Australia, an ABC spokesperson told The AJN, “In addition to the radio and TV coverage the story was covered by the digital team as quickly as possible given the available resources and high news demands, which included major local and regional stories.

“The team has to manage competing priorities and demands with resources that at this time of year, and especially on a weekend, are stretched. They work very hard and do their best to do so.”