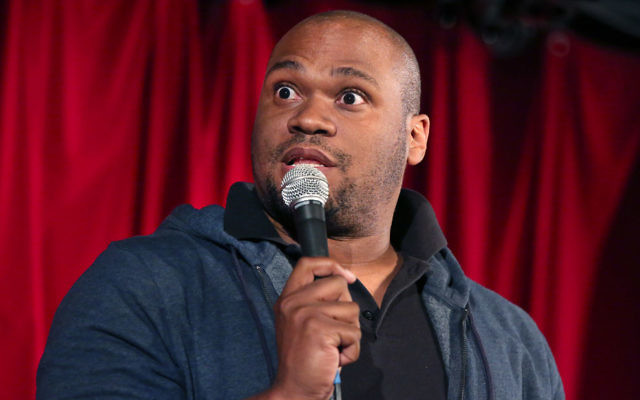 JEWISH comedians from Sydney, interstate and overseas were on stage at The Comedy Store for an audacious night of laughs at Shalom’s annual Jewish Comedy Showcase.

The event, held on May 9, was a sell-out and it seemed that no topic was off-limits as the comedians took aim at subjects ranging from J-Safe and Jetstar to dealing with Jewish parents.

The showcase was hosted by well-known comedian Jackie Loeb, who was born in Sydney but has been carving out a career in Los Angeles for several years. She opened the show by noting that Jews have plenty to celebrate.

Melbourne comedian Michael Shafar was the first act on the bill. Describing himself as a schnitzel-enthusiast hailing from the mean streets of East St Kilda, he joked that in his youth, he was plucked from obscurity to represent Israel in the Harmony Cup, a footy competition organised by the AFL that is meant to foster loving relations between diverse cultures.

The first game was between Israel and Lebanon, and after Lebanon scored a pre-emptive goal, Israel retaliated with six more.

Shafar, who has a law degree, started his comedy career as part of the Footy Couch AFL comedy group, reached the Raw Comedy national grand final last year and now writes for Channel Ten’s The Project.

Following Shafar was American Mike Goldstein, another former lawyer who has turned to comedy and is now based in Sydney. He told the audience that as the son of a Catholic mother and a Jewish father, he like to describe himself as a “cashew”.

He has performed at comedy festivals in Melbourne, Perth and Hobart and starred in his show Sassy as part of this year’s Sydney Comedy Festival.

During his set, Goldstein took aim at the city of Brisbane, suggesting that instead of “Brisvegas”, it should be called “Brisganistan”.

The final act to take the stage was Hong Kong comedian Jim Brewsky, who – being both black and Jewish – introduced himself as a one-stop shop for racism.

He described his difficult childhood, and how he struggled with a lack of role models.

Brewsky, who is based in Hong Kong, joked that he tried to fit in at his Jewish school by growing peyot, but instead ended up with two afros on the side of his face.

Speaking to The AJN after the show, Brewsky said that his favourite audiences to perform for are Jewish ones.
“There’s just a connection there … No matter where we are around the world, we can laugh at the same things.”

The Jewish Comedy Showcase was part of the Sydney Comedy Festival.