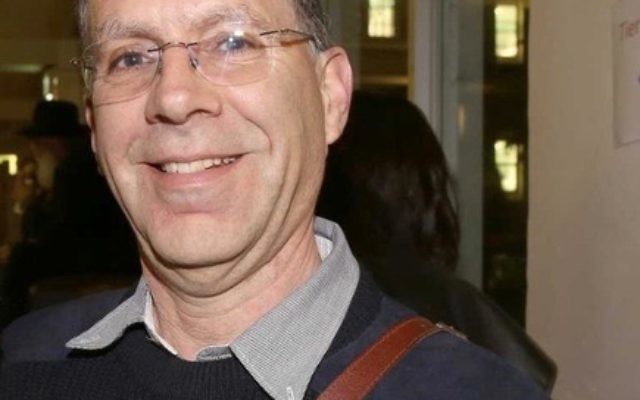 THE launch event of a new group called the Australian Jewish Association (AJA) will go ahead, despite being booted out of Melbourne’s Beth Weizmann Community Centre.

Beth Weizmann was booked to host the event several months ago, but when it was revealed last week that the event would be titled, The Threat of Islam to Jews, it was cancelled by Zionism Victoria, which runs the centre.

The AJA was established by Jewish community members from Sydney, Melbourne and Perth to be “a new voice for the community”.

According to its mission statement and policy principles it will be “based on genuine authentic Jewish and conservative Australian democratic values” and will “be guided by Torah (in its broad sense) in policy development and advocacy”.

“You can expect it to be more direct and outspoken on matters of principle rather than cowed by political correctness,” its website says.

Regarding Israel, AJA president David Adler said that the AJA’s policy is that the West Bank should be part of the Jewish State. “Should a Palestinian state be created in Judea and Samaria and would that lead to peace? Our view is no,” Adler said.

The launch event, featuring Adler and Australian pastor Mark Durie, was due to be held at Beth Weizmann on September 10.

However, the centre’s chair Sam Tatarka stated last week, “Having just become aware of the details of the event, which had been booked as a ‘public speaker’, and after due consideration we have decided that we are not prepared to have the Jewish Community Centre of Melbourne used for or associated with an event that on its face, seeks to foment fear and hatred.”

Adler said he was disappointed with the decision. “It would have been expected that instead of reacting to erroneous information, that the management of Beth Weizmann would have made contact with us, the organisers, to find out the truth,” Adler told The AJN.

“As soon as possible we gave them additional information for consideration because they had made false assumptions and we informed them that the talk, or similar ones, had been presented in NSW Parliament in March this year and at Limmud New Zealand last month.”

One of those talks was due to be held last night (Wednesday) at North Shore Synagogue where Adler was due to speak on the topic of Islam and the Jews – Lessons for Australia.

The relocated launch event has not been endoresed by Mirzachi Synagogue, but it will be held in Mizrachi Synagogue’s Goldberger Hall in Melbourne with the same revised title.

Stating that Beth Weizmann was wrong to withdraw as hosts, Adler said, “Part of our Jewish tradition is to debate and discuss contentious topics, providing you do it in a reasonable way without incitement.”

He said “more than one communal organisation” offered to host the talk at a new location.

Adler hadn’t wanted to name the new venue earlier as he was reluctant to “attract the aggressive and irrational group who, without information and based on false assumptions, went off the rail”.

AJA originally listed outspoken gym owner Avi Yemini as a leader of the organisation on its website, but was subsequently removed.

“He has never been an office bearer, or a spokesman, nor will he fulfil any of those roles,” Adler said. “He did volunteer to assist with social media. His profile appeared for a short while on the website. The office bearers discussed it and said it should be removed.”

The view from Peter Wertheim, the executive director of the Executive Council of Australian Jewry:

“THERE is a wide diversity of interests and views among Australian Jews, which is reflected in a plethora of Jewish organisations. This is a sign of the vitality of the Jewish community, and there is nothing objectionable about the formation of new organisations to cater for different elements in this diversity. However, it becomes objectionable if a new organisation purports to speak for and represent the Australian Jewish community as a whole, when in reality it is self-appointed and is neither elected by, nor accountable to, the community.

“Over the years a succession of individuals and groups have come and gone giving themselves grandiloquent names and titles, and misrepresenting themselves as leaders and spokespeople of the Jewish community. In truth, these groups represent their own interests and opinions in a narrow band of political and other views.