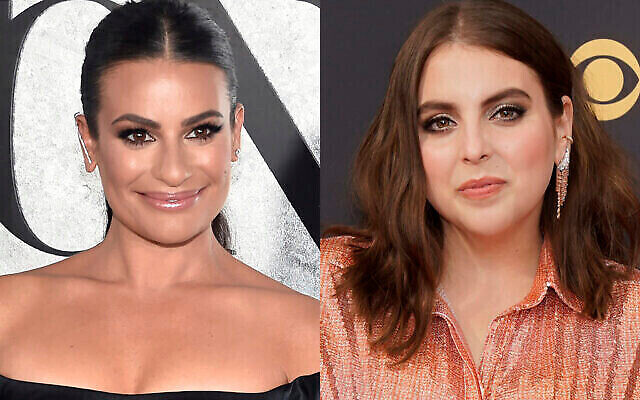 Lea Michele will replace Beanie Feldstein as the lead of Broadway’s revival of the musical Funny Girl, with Jewish Broadway legend Tovah Feldshuh stepping into a key supporting role.

Michele and Feldshuh’s first performance will be September 6. Feldstein announced Sunday that she would be leaving the Broadway show July 31, earlier than originally planned. Standby Julie Benko will take over the role until Michele makes her debut.

“A dream come true is an understatement,” Michele said in an Instagram post on Monday, the same day the casting was announced.

A Glee star and member of the original Broadway cast of Spring Awakening, Michele was rumoured for months to be Feldstein’s replacement. Michele has made no secret of her admiration for Funny Girl and the role of pioneering Jewish vaudevillian Fanny Brice, whose story is chronicled in the 1964 musical.

She sang a song from the show in a 2011 tribute to original star Barbra Streisand, whom Michele has said she considers her role model. Her character on Glee, Rachel Berry, even starred in the show-within-a-show’s Broadway revival of Funny Girl.

Michele, who learned about her Sephardic Jewish ancestry on a 2016 reality show, will be joined in the cast by Feldshuh, who will replace another Glee star, Jane Lynch, in the role of Fanny’s mother.

Feldshuh is a Broadway veteran who has played an assortment of Jewish roles on stage and screen, including Yentl in Yentl, Israeli prime minister Golda Meir in Golda’s Balcony, sexologist Dr. Ruth Westheimer in Becoming Dr. Ruth, and many roles in other works, including the TV miniseries Holocaust and the LBGT+ Jewish romcom Kissing Jessica Stein.

“My Judaism is like a third leg that goes down deep in the earth,” Feldshuh once told Kveller.

The revival of Funny Girl, the first on Broadway since Streisand originated the role, debuted in April amid sky-high expectations for Feldstein as the headliner. The Booksmart and Lady Bird star was open about how her Jewish identity informed her desire to do the role, telling the New York Jewish Week that “any Jewish woman who wants to be funny and perform and sing owes something to Fanny Brice.”

The bittersweet comedy tells the tale of a Jewish girl from New York in the 1920s who went from burlesque to Broadway stages, despite criticism that she was not conventionally beautiful. Funny Girl is a musical that celebrates the oddballs, the kooky, and the misfits.

But it was a rocky road on Broadway for Feldstein, as tepid reviews for both her performance and the Harvey Fierstein-reimagined show as a whole rained on her parade. She was also snubbed for a Tony award. In her exit announcement, she suggested that she was leaving early because the revival would be undergoing major changes.

“Playing Fanny Brice on Broadway has been a lifelong dream of mine, and doing so for the last few months has been a great joy and true honour,” Feldstein wrote. “Once the production decided to take the show in a different direction, I made the extremely difficult decision to step away sooner than anticipated.”

Her Instagram post was notably liked by Broadway veteran Ramin Karimloo, who plays Brice’s love interest in Funny Girl and is staying on.

It’s not all bad news for Feldstein, though: On social media last month, she announced that she is engaged to long-time girlfriend Bonnie Chance Roberts. Actor Jonah Hill (Feldstein’s brother) and another Jewish actor, Ben Platt (her long-time friend), were present for the occasion.