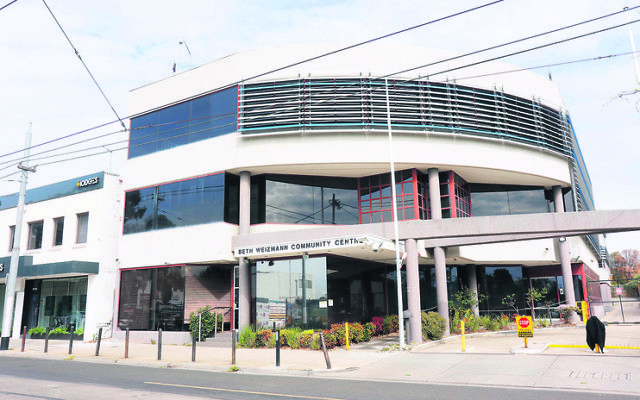 JEWISH community leaders have lauded Prime Minister Scott Morrison’s confirmation, reported in last week’s AJN, that Beth Weizmann Community Centre will finally get its much-needed federal government funding – as part of round two of the Safer Communities Fund scheme, under which Jewish institutions across Australia received a total of $4.1 million.

Executive Council of Australian Jewry (ECAJ) co-CEO Peter Wertheim said the Jewish roof body had been campaigning for the federal government to assist with the Jewish community’s ever-increasing security costs since it first received a written commitment of support from then-prime minister Tony Abbott in 2013.
“It has been a long and tortuous road, but it is pleasing to see some progress,” he said.

The applications in round two, in which 93 Jewish communal institutions across Australia sought more than $20 million, were coordinated by the ECAJ together with state roof bodies and CSGs.

“As welcome as these grants are for the Jewish institutions which have received grant offers, they amount to only 20 per cent of the monies that were applied for and which are urgently needed,” said Wertheim. “Most of the Jewish institutions which missed out in round two have reapplied in round three,” for which applications closed on September 25.

Zionist Federation of Australia president Danny Lamm said, “I’m delighted to hear of the government’s security funding and congratulate Prime Minister Morrison for this long delayed decision. This has been a long-term concern. It’s one I personally pursued with prime ministers Abbott and Turnbull during their terms of office.”

Sam Tatarka, chair of the Beth Weizmann Community Centre, said the centre “welcomes the federal government’s funding of security upgrades to our campus. This funding and the funds already committed by the government of Victoria will enable much-needed works to be completed. This project will significantly enhance the security and safety of our communal hub … Beth Weizmann is now in a position to commence construction [of upgrades] in the course of next year.”

Tatarka said thanks were due to Goldstein Liberal MP Tim Wilson, “a tireless advocate in support of these vital works” and to Treasurer Josh Frydenberg.