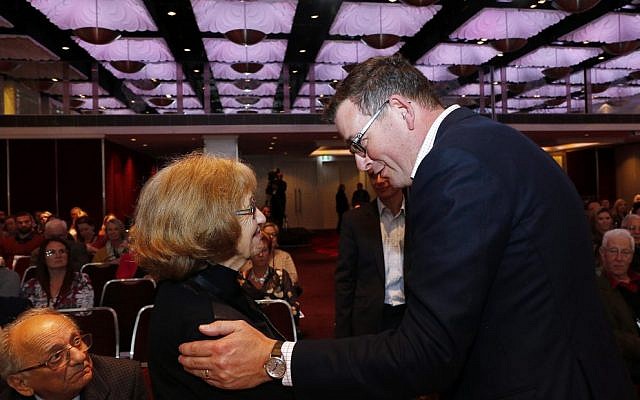 IT was 1942 when Joe de Haan fled his native Amsterdam to go into hiding in Friesland, a northern province of Holland. His parents already taken away by Dutch Black Shirts, Joe was 19 years old, alone, and in hiding with some other Jews in a remote farmhouse.

Then, in the dead of night, some farm workers frantically banged on his window – “How they knew about me, I never found out.”

They alerted him that they had just seen Nazis arrive in the village. 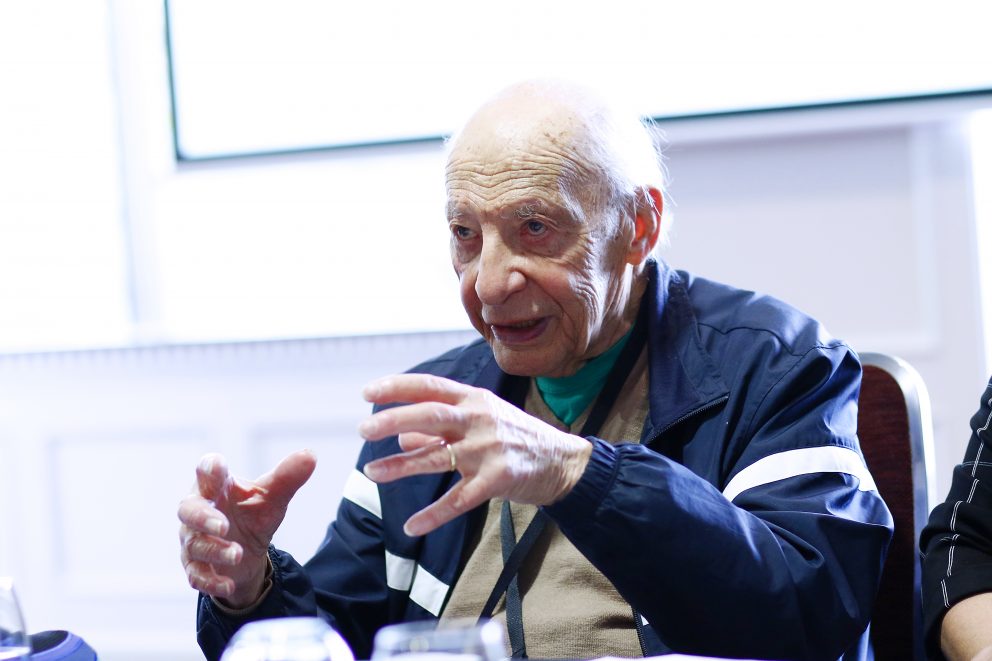 “I realised I must get out quick, so I shot into my clothes in the middle of the night and bolted out of the farmhouse,” recounted Joe, now 96.

“There’s no streets, no lights, no roads, no moon, nothing. Just meadows.

“I knew there was a bit of a canal at the back [of the farm], so from the back door, I fell to my hands and knees and I crawled down to the water. Then I ran, and ran.”

Joe’s harrowing story was just one of the 11 survivor testimonies personally shared with damp-eyed educators at the inaugural Gandel Holocaust Education Conference held in Melbourne earlier this week.

Organised in conjunction with Yad Vashem, and the Australian Foundation for Yad Vashem, more than 150 teachers from around Australia attended the two-day symposium at the Pullman Hotel in East Melbourne.

The conference was officially opened by Victorian Premier Daniel Andrews on Sunday evening, before 300 leaders and members of the Jewish community, politicians, dignitaries and attendees. 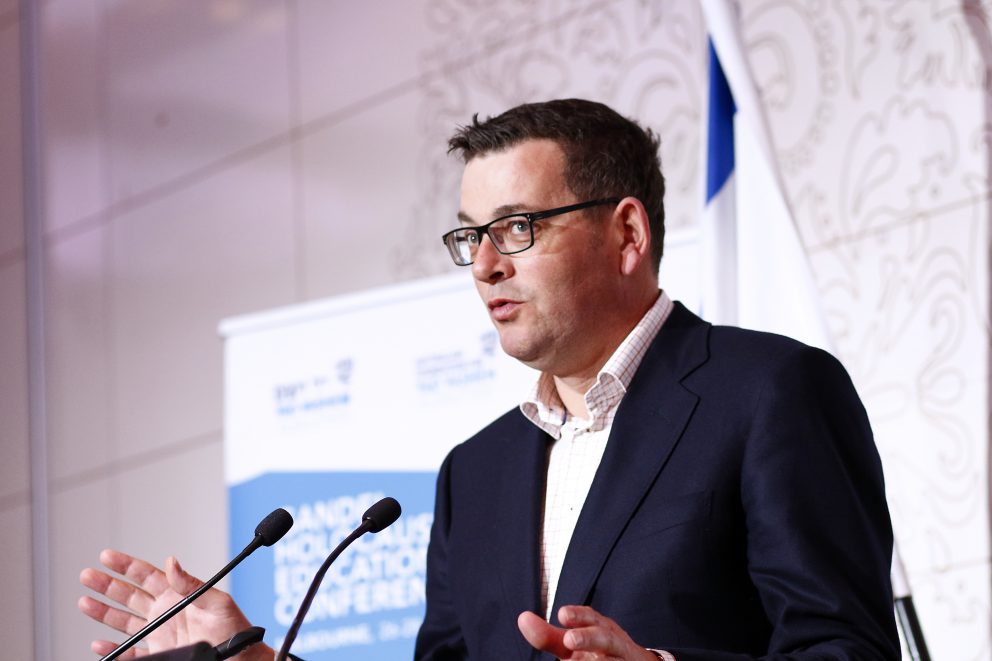 Reflecting on his two visits to Yad Vashem – “the most moving experiences that I have perhaps ever had” – the Premier described the prevailing sense of resilience of the Jewish people, despite the overwhelming grief and losses experienced in the Holocaust.

“It’s these conferences, this program and partnerships in the future that ensure that we never forget the lessons of the past, and that we all fulfil the obligation and the duty that is ours, to never forget,” he said.

In response to a hope expressed by John Gandel in his opening address that “state governments will see the value of this program and will find an opportunity to partner with us in the future”, Andrews responded with a pledge: “John, if you can develop a proposal for Victorian schools … with the aim of every student in every school learning the lessons of the Holocaust and having those lessons contextualised in a modern world, then you can count the Victorian government as a partner.”

The imperative of Holocaust education, and the lessons that it teaches were further underscored by visiting academic and Yad Vashem’s director of the International School for Holocaust Studies, Dr Eyal Kaminka.

“No matter what citizenship you hold; If we want to improve our future, if we want to secure our future, we also need to address this part of our world’s identity, learn from it, use it as a warning,” he said. 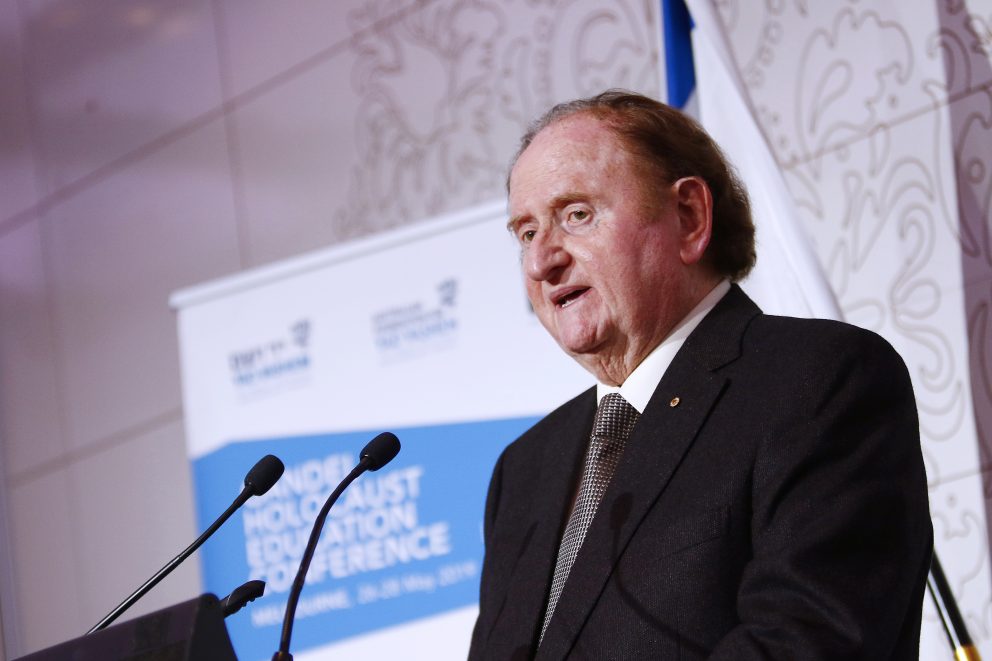 In heeding the notion of “Never again”, John and Pauline Gandel were inspired to create the Holocaust Educators Program and conference. But John explained it was not their only motivation, also citing “the extremely worrying resurgence of antisemitism” and other forms of hatred.

“In such a world, there is not just an educational, but also a moral imperative, to help educate our younger generations about right and wrong, good and evil,” he shared.

“They also need to understand that … they can be a person that will stand up for human rights and act positively, rather than being a bystander, or even worse, a perpetrator.”

Almost 300 Australian educators have visited Yad Vashem to participate in the Gandel Holocaust Educators Program since its inception in 2010.

Recently renewed for an additional five years, John reaffirmed his commitment to the program by announcing the establishment of the Gandel Award for Excellence in Holocaust Education. The prize – a certificate and contribution of $5000 towards a select teacher or teachers, for use by their school in preserving the memory of Holocaust – was awarded to Nicole Scott and Kristine Wolfe of Alkira Secondary College in Cranbourne North; and Anthony Quinn of Somerville House Boarding School in Queensland.