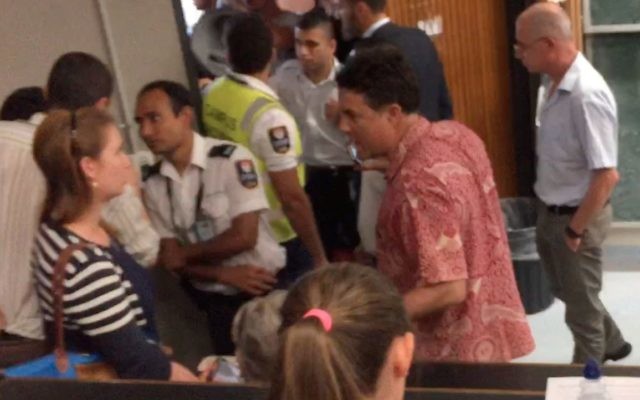 UNIVERSITY of Sydney lecturer Yarran Hominh has apologised to the community after it was reported that he said people should be allowed to express anti-Semitism on campus.

Hominh claims his position was misrepresented in an article by News Corp Australia and explained to The AJN this week that he does not support the expression of any bigoted or racist speech, whether anti-Semitic, Islamophobic, or otherwise.

“I have never invited, nor would I invite, anyone espousing such views to speak at the University of Sydney, and I would argue vociferously against anyone who purported to do so,” he said, adding, “I would gladly offer apologies to the Jewish community for any unintended offence my comments may have caused, though I hope that, upon clarification, they are seen not to cause offence.”

Hominh’s original comments were expressed in an email chain between university staff following an anti-Israel protest on campus in March.

More than a dozen pro-Palestinian students stormed a public talk by Colonel Richard Kemp. Some had to be forcibly removed.

When Hominh was asked during the exchange of emails if an IS supporter should be allowed to give a lecture and express anti-Semitism, he replied “yes … but there is also a prior issue of whether this university should be the place at which they express their anti-Semitism.”

Hominh clarified to The AJN that “IS supporters, or any racists, bigots, or supremacists, should not express their anti-Semitic views on campus”.

“However, if they do express such views on campus, they should not be met with coercive force; rather, they should be met with firm and vocal disagreement,” he said, adding that there should be an “attempt to talk them out of their views”.

Hominh also drew a parallel between the university’s actions in respect of Associate Professor Jake Lynch and heckling at lectures.

“Both are a form of coercive interference with free speech,” he said.

He added that the university had “no further grounds for pursuing disciplinary action” against Lynch because he had been cleared of anti-Semitic behaviour and unlawful harassment.

“Lynch’s alleged harassment of an elderly woman and the university’s decision to investigate that conduct have nothing to do with free speech or academic freedom,” he said.

“The question is whether the alleged baiting of an elderly woman by a senior academic twice her size was a disproportionate reaction to her behaviour and befitting a senior academic at one of our top universities.”

Jake Lynch (in the red shirt) during the protest on March 11.