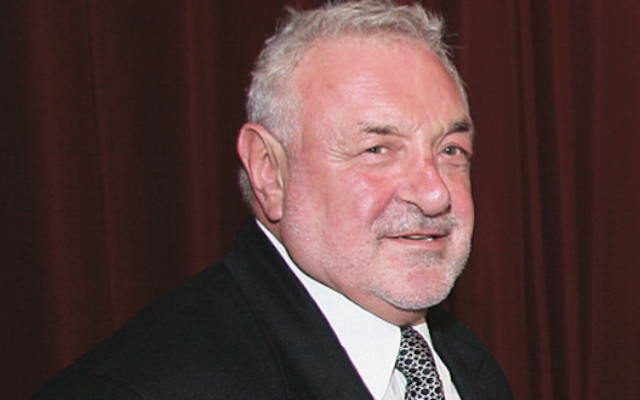 SENIOR politicians, communal leaders and the legal fraternity have paid tribute to former Federal Court judge and barrister Alan Goldberg, who passed away last weekend at the age of 76.

As well as serving as a judge for more than a decade, as a barrister he appeared in some of the most landmark cases of the last 50 years, including acting for Holmes-a-court in the attempted takeover of BHP, representing the Liberal Party when the electorate of Nunawading was decided by drawing the winning candidate’s name out of a hat because the vote was tied, and acting for Rodney Croome in a case that led to the repeal of Tasmania’s anti-homosexuality laws.

Goldberg also served as a consultant for the Executive Council of Australian Jewry and was a former president of the Melbourne Hebrew Congregation. In 2005, he was made an Officer of the Order of Australia (AO) for his service to the judiciary, particularly in the areas of competition law and equity, and to the community as a contributor to debate on human rights and civil liberties, and as a supporter of the arts.

Addressing congregants at the funeral service, Finkelstein described him as “a brilliant barrister”, and as a judge hailed as having “the wisdom of Solomon”. Merkel, meanwhile, lauded Goldberg as “a real mensch” who “helped to change all of us here today, and so many others, for the better”.

Before Goldberg became a leading jurist, he ran for preselection for the Liberal Party, but he wasn’t selected. Describing him as a great Australian and a proud Jew, Frydenberg said, “After his preselection battle it was clear to everyone that the Liberal Party’s loss was the legal fraternity’s gain. He will be greatly missed.”

Australia/Israel & Jewish Affairs Council (AIJAC) chairman Mark Leibler and executive director Colin Rubenstein also mourned Goldberg’s passing, noting, “Alan’s wise counsel, loyalty and friendship will be sorely missed by everyone at AIJAC, where he played an important and valuable role over many years.”

B’nai B’rith Anti-Defamation Commission (ADC) chair Dvir Abramovich said the community had lost a towering figure. “He served our nation with distinction, and the ADC always admired and respected his consequential dedication and commitment to civil liberties and to our justice system first as QC, then as a Judge on the Federal Court and later as mentor to young lawyers.”

Swinburne University, which gave Goldberg an honorary doctorate in 2015 in recognition of his contribution to founding Swinburne’s Law school, said in a statement that it was saddened by his passing. “He served the legal profession, legal education, the arts and the Jewish community generously,” the statement read.

Reflecting on his father’s life, Goldberg’s son Anthony said, “Dad touched everyone he met and he left a lasting impression.

“He was always smiling, always happy.”