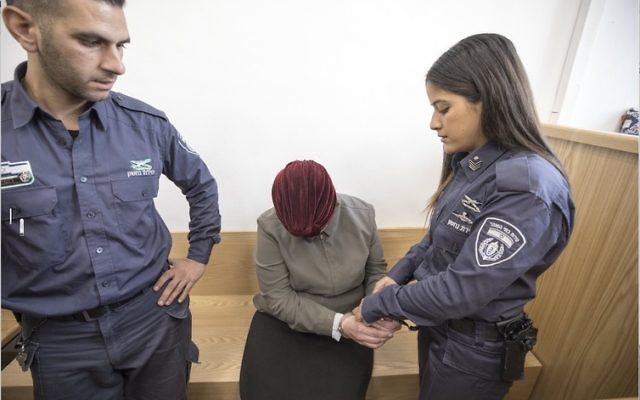 MALKA Leifer will remain in prison until a decision on her extradition is made after a judge said “there is no place to trust” her.

Israeli Supreme Court’s Judge George Karra ruled that Leifer is a flight risk, and she was transferred from Eitanim psychiatric hospital to Neve Tirza women’s prison in Ramle on Tuesday night.

Leifer, who was the principal of the Adass Israel School in Melbourne, was first arrested more than two years ago after Victorian Police charged her with 74 counts in relation to child sexual abuse and applied for her extradition to Australia.

Having convinced the court she was too mentally unwell to face an extradition hearing, she had been living freely in Israeli society until she was recently re-arrested for allegedly faking mental illness.

Once re-arrested, her legal team successfully fought for her to be placed under house arrest, but the prosecution appealed and Karra quashed the initial ruling.

“There is no place to trust the respondent,” Karra said.

“It seems that the respondent eroded the trust that was given to her and exploited it to escape the law.

“For me, her impersonation of a mentally ill person was an escape from the fear of judgment, and disruption of justice.”

Karra said, “The concern of escape from the fear of the law is a real and heightened concern in view of the conduct of the respondent so far.”

Dassi Erlich, an alleged victim of Leifer, said this is a positive step forward.

“It addresses the concern of many that she is a flight risk and a possible danger to others,” Erlich said.

“This ruling will also hopefully limit the stalling tactics of the defence because their client is now sitting in prison awaiting a decision for extradition.”

Leifer’s next court date is unknown.

She is facing both the domestic case, which is in relation to her alleged faking of a mental illness, and the extradition hearing.