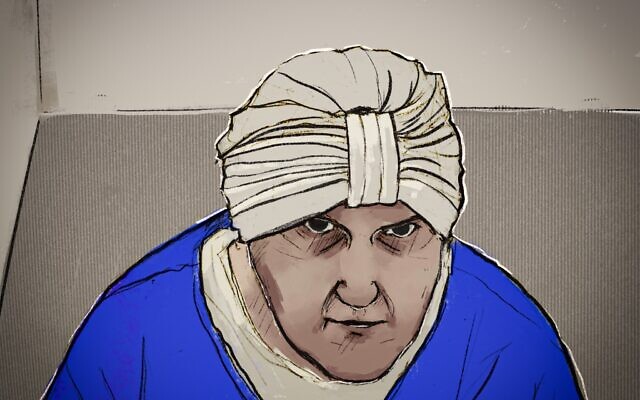 A TRIAL of former Adass Israel school principal Malka Leifer on charges relating to child sexual abuse will not take place until late October this year at the earliest, an online directions hearing in the County Court was told today (Thursday).

Barrister Lucinda Thies, appearing for Leifer, told Judicial Registrar Matthew Phillips that Jewish holidays observed by her client would mean a trial should preferably not begin until October 19, but the availability of barrister Ian Hill QC would further postpone the trial to a time after October 27.

Leifer, who was extradited to Australia early last year, has pleaded not guilty to at least 70 charges relating to child sexual abuse allegedly occurring at the school between 2004 and 2008, when she left Australia.

In custody, Leifer, dressed in blue and wearing a dark blue turban, followed today’s hearing from prison. After several prompts to her, she raised her hand to indicate she could see and hear the proceedings.

With the trial estimated by both Leifer’s barrister and Crown barrister Stephanie Clancy to take around five weeks, Phillips said, “Given a trial of that duration, it’s likely that a date would be after that time in any event, but what I don’t want to do is just adjourn it off into the ether for too long.”

Phillips said the trial would be allocated to a judge “in the near future” and he would allow some time for the parties to make final considerations as to whether there will be a “judge-alone” (non-jury) trial.

The court also heard it may be necessary to make applications under section 32C of the Evidence Act in relation to testimony by two witnesses who were bound by confidentiality as counsellors, and Phillips made an order for filing any such applications.

Phillips remanded Leifer to remain in custody and adjourned the case to a directions hearing on June 6.