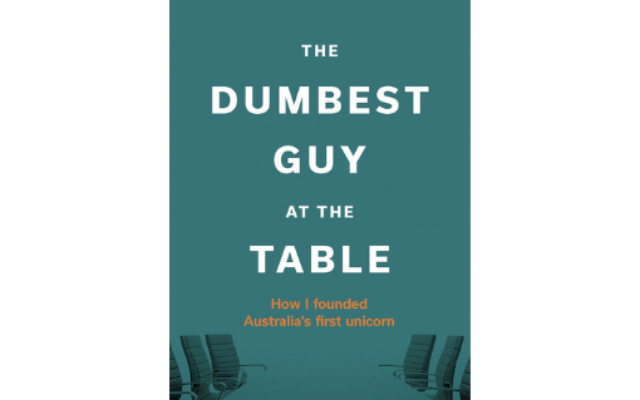 Any good entrepreneur will know that to succeed, you must surround yourself with people smarter than you. Which is exactly the theme of venture capitalist, David Shein’s new book The Dumbest Guy at the Table.

About two years ago, Shein had an idea to write the book. But then, he says, reality set in. Plagued by thoughts of ‘who would want to read this?’, Shein shelved the idea, especially “considering the amazing success of the current generation of founders such as Nick [Molnar] and Anthony [Eisen], Larry [Diamond] and Peter [Gray], and Brad [Lindenberg] and Adam [Ezra], and of course, the founders of Atlassian and Canva,” he said.

The doubt continued until he appeared on a couple of podcasts sharing his story. A story which saw him arriving in Australia from South Africa in 1986, leaving the job that brought him here, starting ComTech Communications and then building the business into the largest network integration company in the country.

In 2000, Shein sold ComTech for $1.1 billion. It was the first company in Australia to be valued by investors at more than $1 billion, otherwise known as a ‘unicorn’.

When he received amazing feedback to the podcasts, he jumped back onto the author bandwagon.

“The importance of relationships that are as critical today as they were 20 years ago and will continue to be in the next 20 – maybe even more so,” he said.

“If I can succeed in business, anyone can. I hope to inspire as many young people as possible and encourage them to dream big, have a go and to know that with the right attitude, anything is possible.”

For Shein, it’s also about making a difference.

“When I look at the companies that I have invested in, I always ask myself ‘what difference did I make other than just writing a cheque’. I hope that someday people stop me in the street and say ‘your book was so helpful for my venture’.”

Most importantly though, 100% of the proceeds from the book will be donated to the Black Dog Institute, in honour of Shein’s good friend and colleague, Dan Jarzin.

“Dan was an amazing human being but unfortunately he did not see that. Tragically he succumbed to mental illness,” Shein explained. “Dan always told me that I should write a book. I know that it’s taken a long time to listen to Dan, but hopefully he would be proud of the end result.”