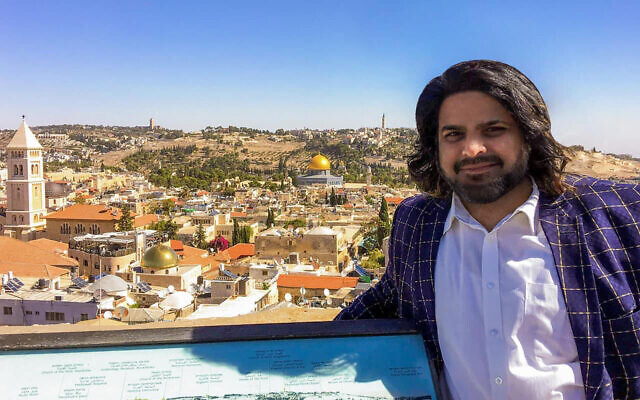 RECOGNISING Palestine was on the agenda at Labor’s platform conference last month – now it’s the Liberal Party’s turn, but they’re going the other way.

The party’s Western Australia division has endorsed a motion calling on the federal government “to continue to support peace initiatives between Israel and the Palestinian leadership through the path of negotiations and diplomacy, and to disavow any push towards the unilateral recognition of a Palestinian state”.

It will be debated at the party’s Federal Council in Canberra next month and comes weeks after Labor elevated a 2018 conference motion calling on “the next Labor government to recognise Palestine” to its platform in March.

Sherry Sufi, chairman of the WA Liberal Party’s policy committee, told The AJN it was not a reaction to the recent Labor platform change, but was being put forward as “a matter of principle”.

“[It is] to show that we remain committed to supporting peace through diplomacy and negotiations, not through unilateral efforts,” he said.

“We support the aspirations of the Palestinian people but the ideal way forward is through diplomacy and negotiations,” Sufi said.

“Unfortunately in recent years, the PLO has declined golden opportunities to achieve this.

“Israel has a proven track record of making concessions. But peace can only be achieved if both sides are prepared to make concessions.”

Lauding the motion, Executive Council of Australian Jewry (ECAJ) co-CEO Alex Ryvchin said, “The call for unilateral recognition is a tactic used by the anti-Israel movement to portray Israel as the obstacle to peace and a two-state solution, and to undermine legitimate Israeli claims to disputed territory. A Palestinian state will only come to exist as part of a negotiated end to the Palestinian conflict with Israel.”

ECAJ, along with other communal organisations, were critical of Labor following their conference.

Former Labor MP Michael Danby, who opposed his party’s platform change, said, “How embarrassing for Penny Wong and Tony Burke, the authors of Labor’s elevation to priority for unconditional recognition of a Palestinian state.”

But his successor, Macnamara MP Josh Burns – who said at the time Labor’s policy “has not changed at all” – told The AJN this week, “No Australian government or political party can impose peace on the Middle East or unilaterally end the Israeli-Palestinian conflict.

“But Australian governments can and should do everything they can to support open dialogue and peace talks between Israel and the Palestinians towards the end goal of a mutually agreeable two-state solution.”