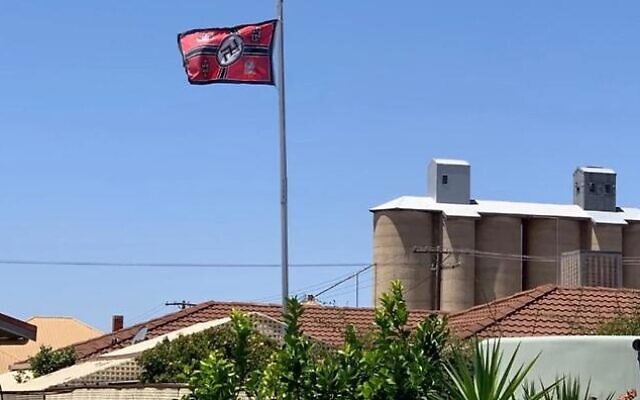 The Nazi flag flying above a house in Beulah.

THE Victorian Liberal–National Opposition has officially adopted a policy of supporting a ban on all public displays of Nazi swastika symbols and has committed to pushing for legislation to bring the ban into law.

It is the first time a government or opposition in Australia has advocated such a ban.

Standing at the eternal flame in the courtyard of the Jewish Holocaust Centre (JHC) on Sunday, Caulfield MP David Southwick, with Shoah survivor and JHC guide Joe de Haan at his side, made the landmark announcement of the opposition’s new policy, flanked by Shadow Attorney-General Edward O’Donohue, and Brighton MP James Newbury who helped formulate the policy. 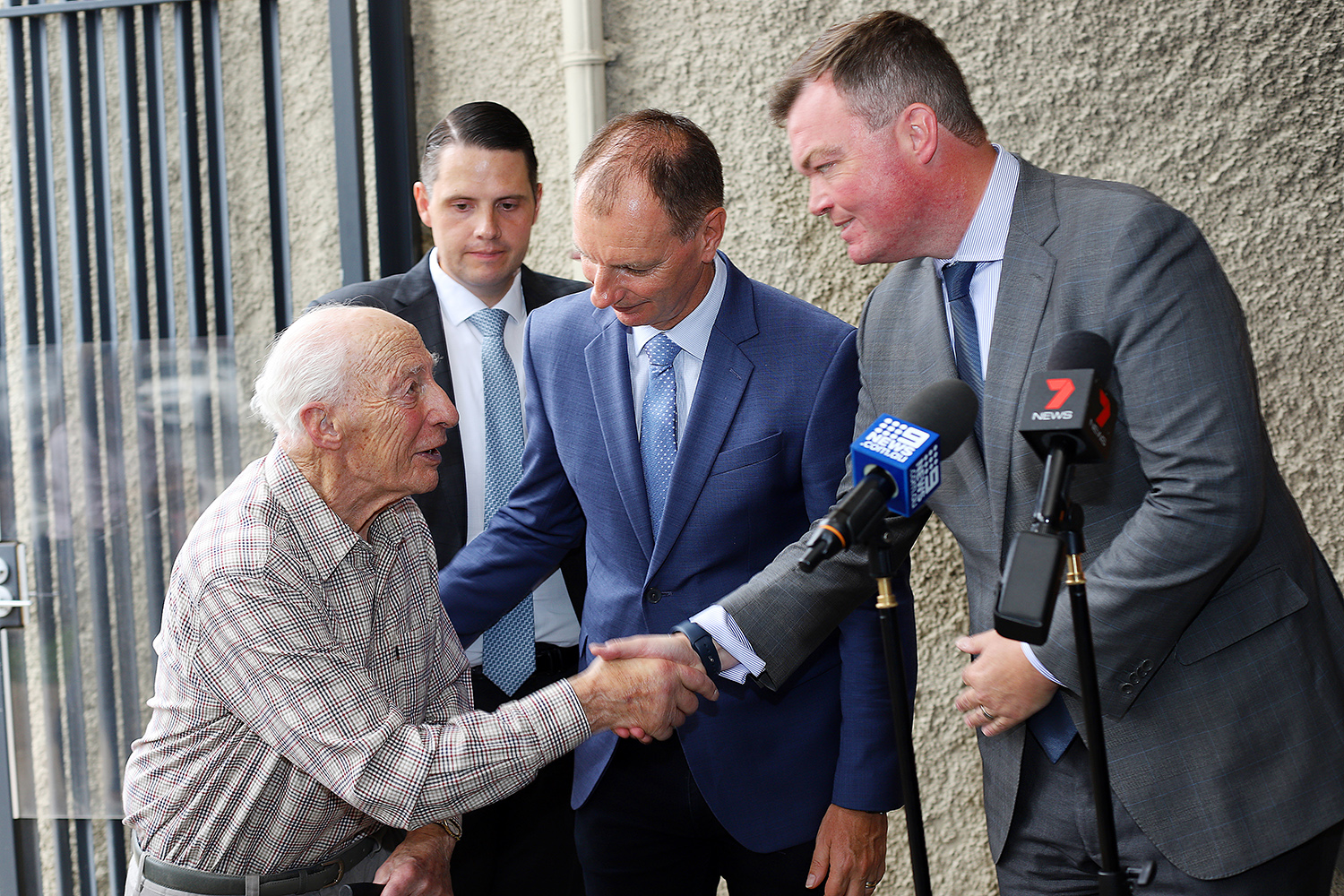 The Coalition’s change of direction came after communal disgust at a Nazi flag flown in the Victorian town of Beulah and at incidents involving people wearing swastika symbols in public.

Southwick told media, “The swastika is the most hateful symbol that we could ever imagine. It is a symbol of murder, of mass-murder.”

After giving the visiting Liberals a tour through the museum, de Haan reflected, “The swastika symbol, when I saw it the first time in Amsterdam when German troops arrived, we were all terrified … and now 75 years later, to see in the newspapers that somebody put a flag in his garden … brings back terrible memories for me.”

Victorian Premier Daniel Andrews and Attorney-General Jill Hennessy have both publicly condemned the swastika displays but Labor appears likely to wait for the outcome of a review into hate speech underway in State Parliament before considering any further bans or changes to police powers.

Asked by The AJN what the opposition has done to liaise with the Andrews government to gain bipartisan support for a swastika ban, O’Donohue added, “We’ve made our policy position clear and we now want to work with the government to see legislation in the Parliament.”

Anti-Defamation Commission chair Dvir Abramovich, who is campaigning for a ban, told the gathering the Coalition’s announcement was “a victory for the victims of the Holocaust, for the survivors and for the courageous Diggers … who gave their lives to defeat Hitler’s monstrous regime”.