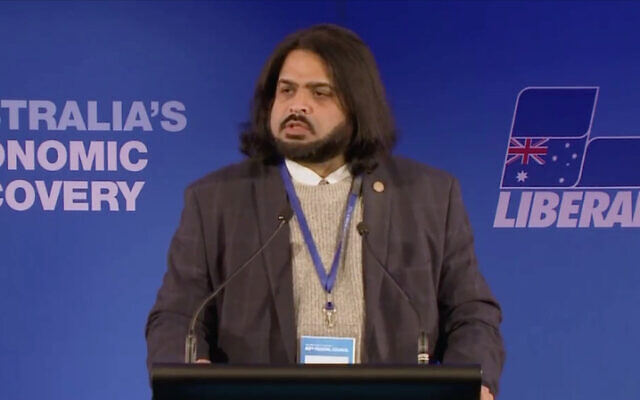 First reported by The AJN in April, the motion was put forward by the party’s Western Australia division. It calls on the federal government “to continue to support peace initiatives between Israel and the Palestinian leadership through the path of negotiations and diplomacy and to disavow any push towards the unilateral recognition of a Palestinian state”.

Speaking on the motion at the Federal Council, chairman of the WA Liberal Party’s policy committee Sherry Sufi stressed that the motion isn’t against Palestinian statehood.

“It is part of our core Liberal values to play a role in bringing about peace and democracy and stability around the world,” he said.

“Israel has been the party that has offered a two-state solution on multiple occasions. The story is always the same, one side accepts the partition of the land, the other side tends to reject it.

“And the reason for that is that the Palestinian leadership does not have a clear concept of Palestine looks like. They are not seeking a state in the West Bank and the Gaza Strip, which is supposed to be the disputed territories.”

With over 4000 Hamas rockets fired at Israeli civilian areas during the recent conflict, Sufi noted chants at pro-Palestinian rallies of “from the river to the sea, Palestine will be free’.

“‘River to the sea’ does not sound like a two-state solution,” he said.

“Until and unless the Palestinian leadership come to the negotiating table to resolve those final status issues, I think we should suspend our support for the recognition of any Palestinian state.