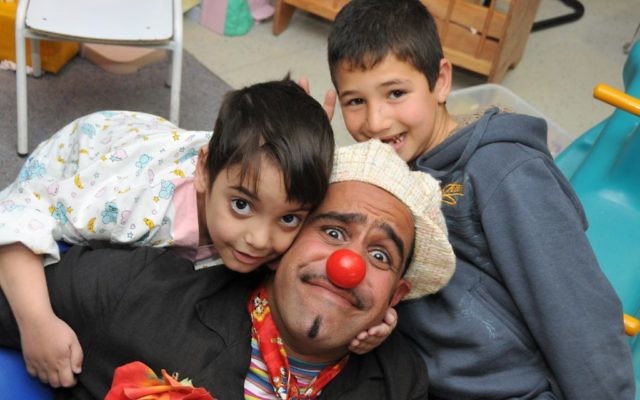 The small photo of Ruth Ramone Rosen and Dorit Jaffe of Hadassah Australia jumped out at me, taking me back over a year when our lives lurched from one lockdown to the next. It was uplifting to be reminded of the fine work they do, and timely in light of my recent contemplation around mitzvahs (AJN 18/11).

In July last year I received an email from a stranger who turned out to be Dorit. She’d been motivated to make contact following my article “The Essence of Humanity – The potency of human kindness in the face of hatred” (AJN 23/07/21) Her message read, “The article really demonstrated what I feel are the core values of Hadassah – humanity, kindness and partnership. Toda Raba.” It seemed the subject had struck a chord.

Dorit, development manager at Hadassah Australia and Project Rozana, went on to suggest we meet over coffee. The timing was with us, for the very next day as lockdown restrictions eased, we were able to organise just that. And so, with no time wasted I got to meet Dorit and Ruth, executive director at Hadassah in a cafe near their office. Another instance of time standing still as Ruth and I recognised each other from our school days at Mac.Robertson Girls High.

Of course I was somewhat familiar with Hadassah through limited knowledge of the famous Hadassah Hospital in Jerusalem, and the work that’s done by Hadassah Australia. In the period leading up to our meeting I immersed myself in the material available online. I could see why Dorit felt that my article, predominantly about organ donation between Jews and Arabs, aligned with the guiding principles of Hadassah.

Over coffee I listened as Dorit expounded with passion about the Hadassah-Achotenu Ethiopian-Israeli Scholarships in Health – a program providing Ethiopian-Israelis access to the possibility of studying nursing and occupational therapy. In turn, helping to ease Israel’s chronic shortage in both professions.

Project Rozana, clearly close to Dorit’s heart, aims at “building bridges to better understanding between Israelis and Palestinians through health”. Its vision, “A Middle East in which Israelis and Palestinians have built the trust necessary to live together in mutual respect, dignity, peace and security”, might sound to some like a pipe dream. And yet, on the reading of the initiatives that have already come to fruition, Dorit’s excitement is understandable. So often we hear people scoff at the mention of the mere possibility of permanent peace in the Middle East, and yet the work being done by Project Rozana provides reason to dare to hope. As mentioned in my earlier article, Christian Arab woman Randa Aweis, recipient of a kidney donated by Jewish man Yigal Yehoshua, who’d been killed by Arab rioters in Lod, through her deep gratitude for this gift of life had one simple hope, “peace between Jews and Arabs”.

Could such a hope be illustrated more vividly than through transplants between Arabs and Jews? The mother of seven-year-old Palestinian girl Yasmin Abu Ramila, who was saved in 2002 by a kidney donated by Jewish student Yoni Jesner, also had her prayers answered by a medical miracle that defied religion, ethnicity and borders.

Over our coffee in suburban Caulfield, Dorit, Ruth and I covered much ground. We talked of resilience, and the lessons we learn from Shoah survivors who live every day with an acute awareness of the preciousness of every moment. I recalled the month I spent in Israel 40 years earlier, during which time I was shocked by the image of Israelis at the bus station in Tel Aviv, having come directly from the silent queues of London. I was conscious of a pulsating urgency in Israel; the need to make every moment count, based on the knowing that it could be your last.

COVID-19 of course, came into our conversation. In Australia, a shift had been occurring throughout our evolving experience of the pandemic. Intellectually perhaps, we understood impermanence. We knew that life could change in a split second, but as a population we didn’t really live as though we truly believed it. As I looked around the buzzing cafe I, like all of us, was acutely aware that the next day could see this same cafe in darkness, with chairs stacked and doors locked in another lockdown.

And now, some 16 months later in our ever-changing world, those core values of Hadassah and Project Rozana, “humanity, kindness and partnership”, as outlined by Dorit in that initial email, are more critical than ever. As we recoil in horror at another war on European soil and escalating catastrophes across the globe, we need to reach beyond our differences to uphold these values, with an increasing urgency.

Janine Joseph is a Melbourne-based writer.