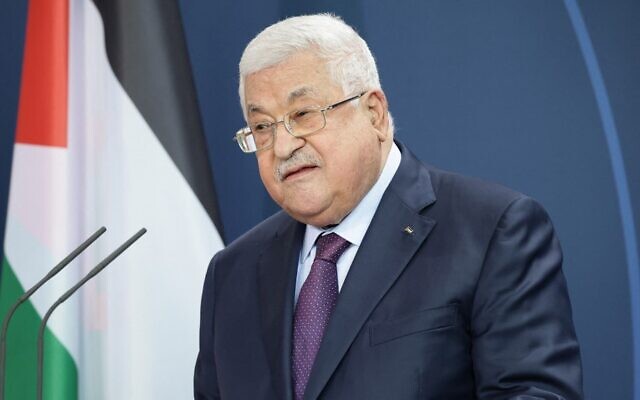 First came Yasser Arafat, who repeatedly and clear-headedly chose to forgo the opportunity of winning statehood for the Palestinian people on much of the territory they sought – notably during the Clinton administration, in negotiations with prime ministers Yitzhak Rabin and Ehud Barak. Ultimately, he could not bring himself to abandon terrorism against the Jewish state, to transition from terror chief to national leader.

And then came Mahmoud Abbas, who did not so much as respond to departing prime minister Ehud Olmert’s hurriedly scribbled offer of a state that met almost all of the Palestinians’ ostensible demands, including control of much of East Jerusalem and shared sovereignty in the Old City. While not directly orchestrating the killings of Israelis, Arafat-style, Abbas evidently shared and continued to promulgate Arafat’s murderously incendiary narrative that the Jewish people have no legitimacy in their ancient homeland.

Abbas’s remarks in Berlin last Tuesday, accusing Israel of carrying out “50 holocausts” against the Palestinians, are the pernicious, logical culmination of the false narrative he set out in his 1982 People’s Friendship University of Russia doctoral thesis, which in turn shaped his failed leadership.

As published in book form in 1984, he sought to minimise the scale of the Holocaust, writing, according to a translation by the Simon Wiesenthal Centre, “It is possible that the number of Jewish victims reached six million, but at the same time it is possible that the figure is much smaller – below one million.” 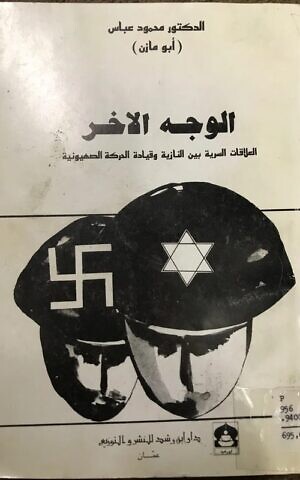 And he blamed the Zionists for such murders as did take place, claiming that Zionist leaders gave “permission to every racist in the world, led by Hitler and the Nazis, to treat Jews as they wish, so long as it guarantees immigration to Palestine … More victims meant greater rights and stronger privilege [for Zionist leaders] to join the negotiation table for dividing the spoils of war once it was over.”

Four years ago, in a speech in Ramallah, Abbas amended and expanded his inflammatory falsification of history, to allege that the Holocaust was caused by the Jews’ “social behaviour, [charging] interest, and financial matters.” As for Zionists, Israelis and Israel itself, the Palestinian leader pronounced, “Their narrative about coming to this country because of their longing for Zion, or whatever – we’re tired of hearing this. The truth is that this is a colonialist enterprise, aimed at planting a foreign body in this region.”

“It’s classic antisemitism,” and “classic blame the victim,” Deborah Lipstadt, the scholar who in 2000 had triumphed in a libel suit brought against her by British Holocaust denier David Irving, told Times of Israel after that May 2018 Abbas speech. “This brings one back directly to his dissertation, to his distortion of history.”

Added Lipstadt, “Here’s a man who started his career denying the Holocaust and now, at the latter stages of his career, seems to be engaging in rewriting the history of the Holocaust.”

Four years later, Abbas is unrepentant, and Lipstadt, now the US special envoy to combat antisemitism, is again calling him out for his unacceptable antisemitism.

Four years later, too, the “latter stages of his career” linger on, and the man who inherited Arafat’s narrative demonising and delegitimising Israel continues his foul revisionism, seeking to stir up hostility, and by extension violence, against the Jews and their state, and thus continuing to stave off the process of interaction and negotiation he claims to seek to enable Palestinian independence.

In his very same nauseating Berlin appearance, Abbas ludicrously professed himself committed to building trust and achieving a peaceful solution to the conflict with Israel. “Please come to peace,” he implored. “Please come to security, let’s build trust between us and you.”

But like Arafat before him, the current Palestinian leader is the biggest obstacle to a better future for his people. “Let’s build trust,” he urged. But trust is a function of confidence. It requires mutual good faith. And it is founded on truth.

In our perilous reality, trust simply will not, cannot, be built with a man who has failed our people and his own because of his manifest lifelong incapacity, his refusal, to acknowledge and come to terms with Jewish history – ancient and modern, in Israel and in exile.

David Horovitz is the founding editor of the Times of Israel.