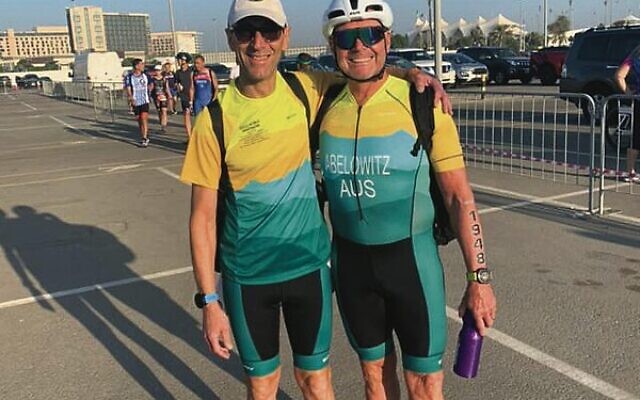 Despite illness and injury in the lead-up, the pair – who won medals at the Maccabiah Games in July – both performed well in the intense heat.

The former was also in Abu Dhabi to attend the World Triathlon Annual Congress, in his capacity as deputy chair of the tribunal of the triathlon world governing body.

Next up for Lipp and Abel will be the Maccabiah Pan American Games, to be held in Buenos Aires, Argentina, from late December, 2023.