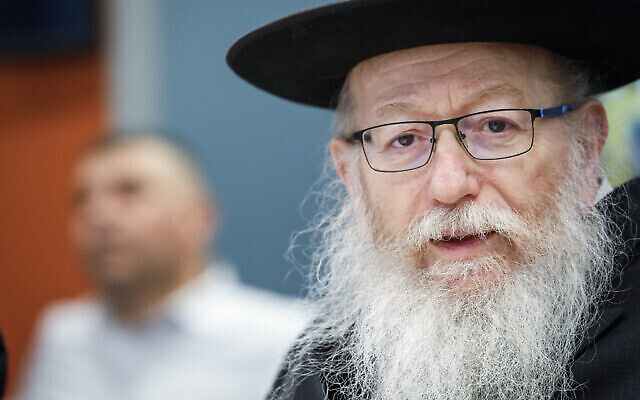 Channel 12 reported on Thursday that Litzman had told Netanyahu of various unspecified considerations for the move, which he asserted was not tied to recent public criticism of his handling of the coronavirus crisis.

The report said Litzman had apparently been instructed by Rabbi Yaakov Aryeh Alter, the head of the Gur Hasidic sect, to change ministries. 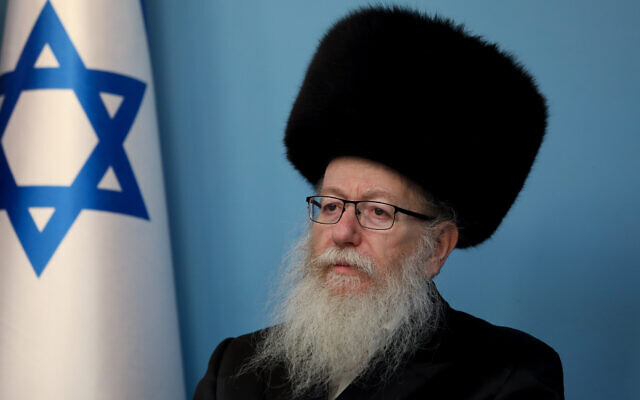 Health Minister Yaakov Litzman at a press conference about the coronavirus at the Prime Minister’s Office in Jerusalem on March 11, 2020. (Flash90)

His office said it wasn’t familiar with the matter.

It has been alleged that Litzman, who this week was said to have recovered from COVID-19, has interfered in attempts to extradite alleged child sexual abuser Malka Leifer to Australia, by pressuring psychiatrists to state she was unfit to stand trial. Litzman denies the allegations.

Litzman, who leads the ultra-Orthodox United Torah Judaism (UTJ) party, has been the de facto head of the Health Ministry since 2009, except for a period between 2013 and 2015 when he was out of the government.

He has been largely absent from the public eye over the two months of the coronavirus crisis (the past three weeks of which he spent being treated for a COVID-19 infection alongside his wife). Though he appeared in some earlier briefings, the face of the Health Ministry’s response has been its director-general, Moshe Bar Siman-Tov, leading some to speculate on the level of Litzman’s involvement in the ministry’s decision-making.

Litzman came under heavy criticism when a television report said he took part in group prayers in violation of his own ministry’s guidelines shortly before he was infected with the coronavirus.

The Health Ministry was floated during coalition negotiations as potentially going to the Blue and White party, but Litzman was said to have vetoed the option, insisting on keeping hold of the portfolio as part of any coalition deal between UTJ and Netanyahu.