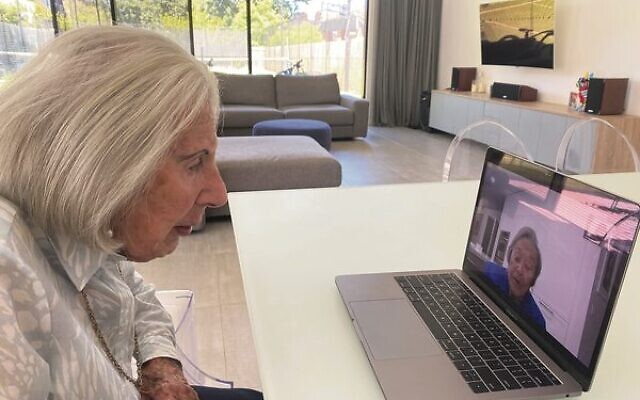 Livia speaking to Helen via Zoom earlier this month.

Having survived the horrors of the Holocaust, Livia Neuhauser and Helen Mermelstein thought they would always be best friends. But when Helen moved to America in 1948 they didn’t speak again. That was 74 years ago and both Helen and Livia have spent the best part of a century with no information about the other’s wellbeing.

Just a few days ago though that all changed, when after more than seven decades, the 99-year-olds finally spoke to each other again.

Helen, maiden-name Gottlieb, was born on May 1, 1922, in the village of Nadose in Czechoslovakia, however she grew up in Kosice.

Helen and her sister, Shari, lived in hiding during the war, using Christian papers in Preshov and Bratislava to avoid capture and arrest.

However, in 1945, both were caught by the Gestapo while delivering food to a Jewish family in hiding, and were sent to Theresienstadt.

After being liberated by the Russians, the sisters returned to Kosice. Their mother, younger sister and brother were all murdered. Their father, one brother, and one sister survived.

Livia, meanwhile, was born on December 14, 1922, and also grew up in Kosice. She was one of seven children, four girls and three boys. Livia’s and Helen’s families were very close, often spending time at each other’s houses. But as Helen and Livia were the same age, they developed a special bond.

In April 1944, Livia was deported to Auschwitz, and then a year later to Ravensbruck. After enduring a 150km death march, she was eventually liberated with her sisters Vera and Olga from Neustadt-Glewe in Macklenburg Germany on May 2, 1945.

The three sisters made their way back to Kosice and came across Helen’s father Joseph Gottlieb on their way. He told them their father and brother were alive and still in Kosice. 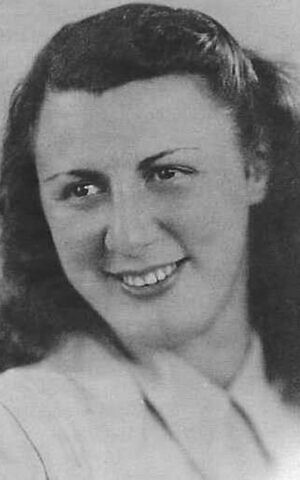 Livia and Helen spent some time together after the war, but in 1948 Helen immigrated to the US with her husband. Livia left Kosice one year later when she moved to Melbourne. The pair lost touch, not knowing the other was alive until just a few weeks ago when a connection was made in New York.

Lauren Wiener, a Melbourne local originally from the US was visiting her mother, when she met Helen who lived in the same independent nursing home.

During one of their their final meetings Helen happened to say she was friends with three sisters who moved to Australia. Lauren had never heard of the Neuhausers, but when she learnt they were from Kosice, she texted her friend Robert Weil whose family was also from there.

“Yes, know them very well. Mrs Neuhauser is our neighbour. She is 99 and in great shape,” Robert replied.

An so, on February 6, despite a 16-hour time difference, the two women saw each other for the first time in over 70 years via Zoom, their faces lighting up.

Helen immediately asked, “Do you remember me?” To which Livia responded, “Of course, I remember you, I was thinking of you all the time!”

During the call, both women were laughing as they compared their use of walking frames and canes, the discussion switching from English to Hungarian and back again.

Reminiscing, they recalled family members who perished in the Holocaust, and learnt that both were the only siblings still alive in their respective families. They spoke about each other’s mothers who they remembered fondly but were both lost during the war.

Livia and Helen may both be celebrating their 100th birthdays this year, but they’ve certainly grasped new technology – the lifelong friends now plan to email and Zoom each other every few weeks, making sure to never lose touch again.