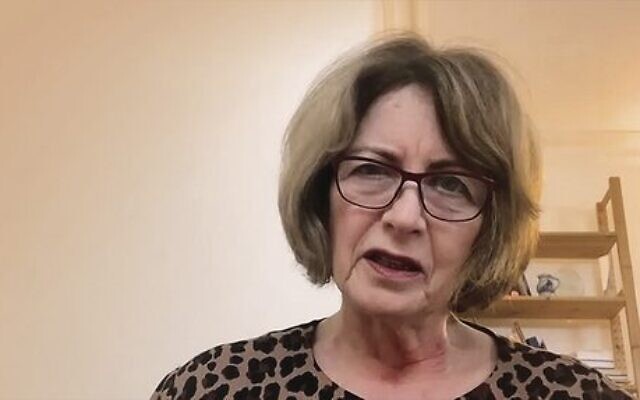 IN a powerful address to the NSW Jewish Board of Deputies’ plenum on Tuesday night, longtime UK Jewish Labour Party MP Dame Louise Ellman shared shocking examples of being interrogated and bullied for speaking out about the antisemitism that infiltrated the party she loved under former leader Jeremy Corbyn’s watch, and vital lessons that can be learned.

The current vice president of the UK’s Jewish Leadership Council, elected to parliament in 1997, said it was still distressing to recall, “how quickly the anti-racist party I had joined over 50 years ago had changed”.

She explained the “hard left” faction, which Corbyn emerged from, brought with it an ideology that “looked at everything through the lens of international capitalist interests working to oppress people, and as part of that, they have an absolutely obsessive hatred of Zionism and Israel, which is something very different from criticising the policies of an Israeli government”.

Ellman noticed many people who believed that ideology were drawn in by Corbyn, suddenly joining the Labour Party in greater numbers from 2015, including in her local branch, where membership rose from about 500 to 2700 members within months.

At local party meetings “there were allegations made against me that really mirrored old antisemitic tropes, and they called that anti-Zionism – for example, it was said I didn’t really have human blood, that Israel funded ISIS in Syria, and that I had dual loyalties”, Ellman said.

“In my experience, nothing happened to anybody who made any of these comments .. under Corbyn’s leadership, the antisemites knew they’d be protected.”

She was determined to speak out about this within the party, and did so to her best ability, “until the situation became untenable, and I resigned in 2019”.

But Ellman stressed there was a pivotal tool that helped turn things around – the strong and strategic leadership demonstrated by the UK’s Jewish organisations at protests outside Parliament Square, their adoption of the International Holocaust Remembrance Alliance’s (IHRA) working definition of antisemitism, and the Jewish Labour Movement’s complaint to the Equalities and Human Rights Commission, which resulted in the Commission ruling that the Labour Party had broken equalities legislation, and that in effect, it has been antisemitic.

“That was an absolute milestone … and I think when Corbyn and his supporters realised that the game was nearly up.”

Ellman, who recently rejoined the Labour Party under the leadership of Sir Keir Starmer, said having an international definition that antisemitism can continue to be measured by “is something that’s going to be very important going forward.”