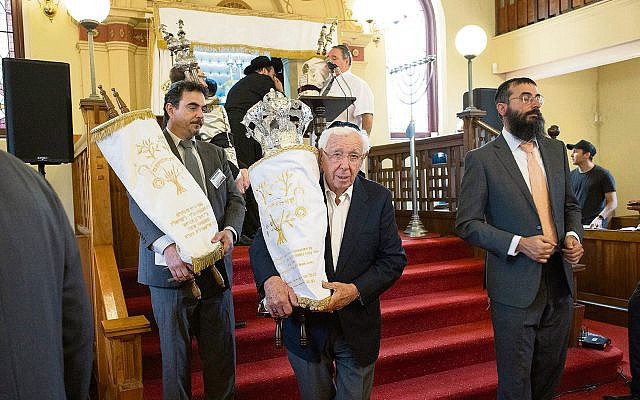 More than 300 people gathered in nearby Hollis Park, where underneath the synagogue’s vintage velvet-covered chuppah, the final letters of the Torah were completed by board members and donors.

Lowy, synagogue president Wolfie Pizem and Rabbi Eli Feldman headed a large procession which carried the Sefer Torah up Georgina Street and into the synagogue. 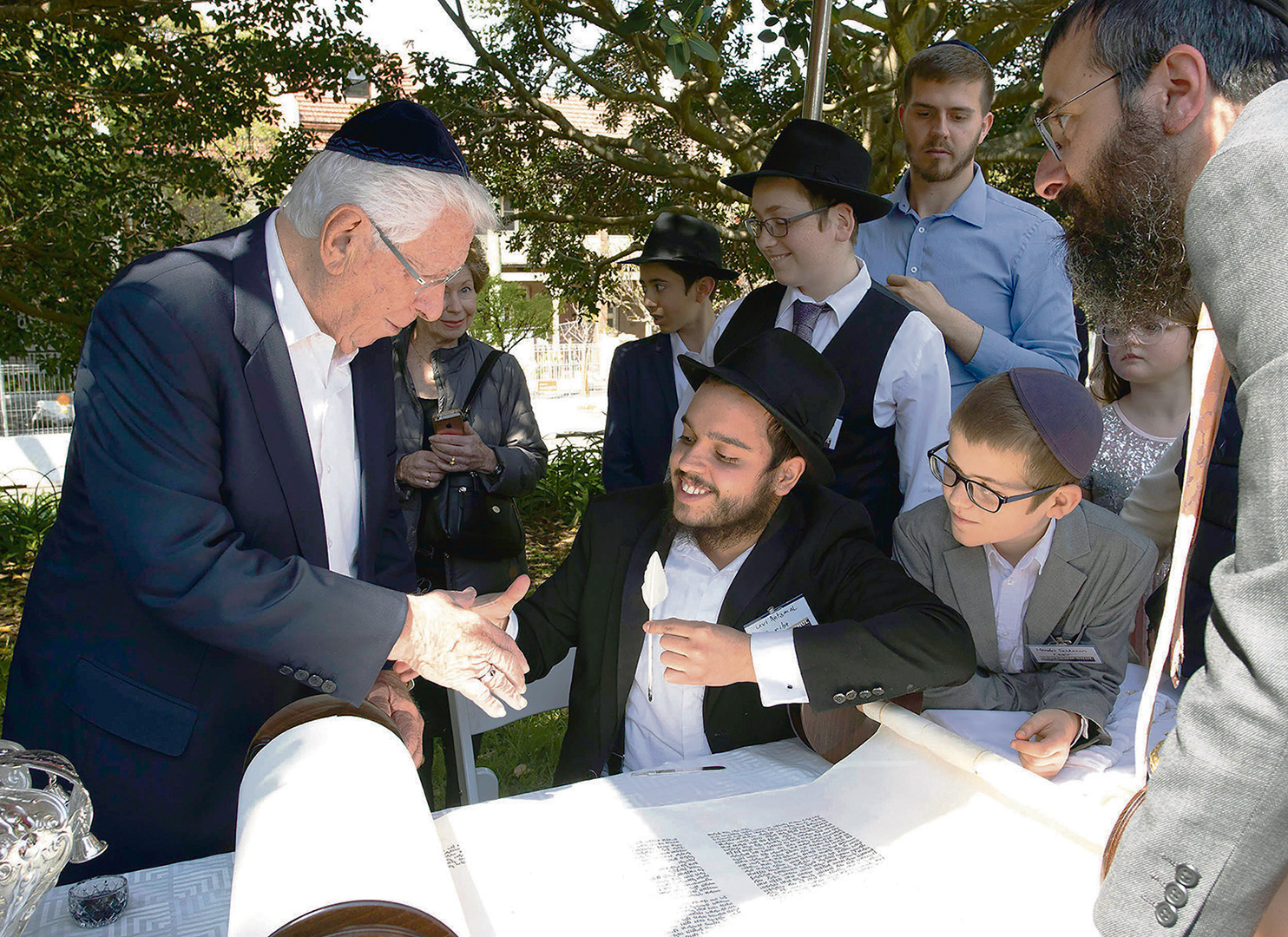 The Central Synagogue choir, together with cantors Shimon Farkas and Rabbi Yehuda Niasoff, led the congregation in song.

There was also dancing in the street in front of the synagogue’s classic facade, which was decorated with large Australian and Israeli flags. A black marble commemorative stone was then unveiled by Lowy.

The dancing continued inside the shule, with hakafot around the bimah led by Rabbi Pinchus Feldman and more than 20 rabbis from across Sydney.

More than 300 people, including special guest Sir Frank Lowy (pictured holding a Torah he donated), celebrated Newtown Synagogue’s 100th anniversary earlier this week. Highlights included a street procession, dancing in the streets, and the unveiling of a special commemorative plaque.

“This is the day that Hashem has made; we shall exult and rejoice in it,” declared Rabbi Eli Feldman from the pulpit to the congregation which filled the pews, and included the shule’s past Rebbetzins Tamar Rosenthal and Shani Cohen, who travelled especially from Melbourne and Toronto.

Lowy’s abiding commitment to Yiddishkeit was attested to in an introduction given by Rabbi Levi Wolff of Central Synagogue.

Lowy, in an impromptu speech, spoke movingly of his parents Hugo and Ilona Lowy, in whose memory the Torah is dedicated.

“This synagogue is a jewel, here in Newtown,” Lowy said, adding “I have been to a few ceremonies of this kind, but this one tops them all.”

Pizem spoke emotionally about the shule’s rich history, including his own bar mitzvah there 80 years ago, and the exciting future plans to upgrade its facilities.

He appealed to the community to help fund those plans.

The ceremony was followed by a delicious buffet brunch enjoyed by the dignitaries, members and guests.