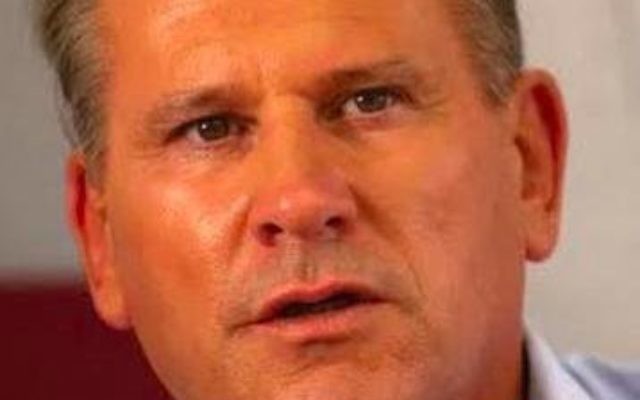 I was invited to speak to students at the University of Sydney at lunch time on 11 March 2015, in a session chaired by Dr Gil Merom, one of your senior lecturers. My subject was ethical dilemmas of military operations in relation to recent conflicts. I had intended to engage with students, present my practical experiences as a British military commander and stimulate a discussion.

Shortly after I had introduced my talk, covering the principles of necessity, proportionality and discrimination as they apply under the laws of armed conflict and giving examples from my experience in Northern Ireland and Afghanistan, the event was disrupted by the forceful entry of a group of students.

They entered the room aggressively and noisily. They had a loud speaker set at full volume into which one of the students was screaming abuse directed at me. The other students were chanting the same abusive words and some were waving banners and placards. They were shouting: “Richard Kemp, you can’t hide, you support genocide”. This group was joined in their chants by a few in the audience who had apparently positioned themselves in the room previously in order to join in the planned protest.

The protesters imposed themselves between the audience and me. This, combined with the loudness of their screaming and shouting, made continuation of my lecture impossible until after they had left. I observed the audience, and many of them, including some elderly visitors, were clearly intimidated by the aggression of theseprotesters. Several members of the audience appealed to the protesters to leave to allow the lecture to continue and these were met with even greater aggression including personal verbal abuse. In some cases I saw the protestors deliberately and aggressively invade the personal space of members of the audience, including at least one elderly woman.

Associate Professor Jake Lynch, the Director of your Centre for Peace and Conflict Studies, and Dr Nicholas Riemer, one of your senior lecturers, who were both apparently leading and encouraging the protesters, screamed at the security officers to desist. This seemed to be a clear attempt to impose their own authority as faculty members, thereby hoping to intimidate the security officers into allowing the abusive demonstration to continue. At one point I observed Associate Professor Lynch waving money in the face of a Jewish student, a clearly aggressive and insulting act that seemed to invoke the stereotype of the ‘greedy Jew’. Although not Jewish myself, I found Associate Professor Lynch’s behaviour deeply shocking and offensive.

I felt the language directed against me to be abusive and insulting. I have never supported a genocide nor the killing of civilians of which I was also accused by the protesters. In fact I have devoted my entire working life as a British soldier to defending my country and the countries of friends and allies; to preventing killing, terrorism and ethnic cleansing; to peace‐keeping and to humanitarian operations. I have frequently risked my own life to do so. I have often served alongside troops from your own country. Surely it is not right that I, as a guest of your university and a visitor to your country, should be subjected to such gratuitous insults and slander.

Although the students attempted to intimidate me as well as the audience members, I did not feel personally threatened, as I have faced considerably greater dangers and threats than could possibly be presented or contemplated by such people. However, many of the audience members undoubtedly felt threatened and intimidated by the naked aggression shown to them by these students. I ask you if it is right that students, members of staff and visitors to your university, including elderly people, should be subjected to this form of abuse? From my observations of the audience I have no doubt that some of them were greatly and understandably traumatised by this experience.

Many members of the audience were Jewish and I am sure the demonstrators knew this and set out with the intention of intimidating Jews at the University of Sydney. This of course is nothing other than anti‐Semitism and it compounds the acts of intimidation by the protesters.

On the basis of my observations, as I have mentioned, Associate Professor Lynch and Dr Riemer sought to incite and encourage the student protesters. Can it be right that members of your university staff should indulge in such disgraceful action?

Peaceful and reasonable demonstration, such as handing out leaflets, chanting dissenting views or holding placards with messages of opposition to the views of a speaker, is of course acceptable. Indeed, such a peaceful demonstration was under way outside when I entered the room for my lecture. I was offered and accepted a leaflet, which I read and I briefly engaged in discussion with a protester. However the type of racially‐motivated aggression, intimidation and abuse that occurred at this event is wholly unacceptable. Also unacceptable in any respectable university is the curtailment of an invited and approved speaker’s freedom to speak and engage in legitimate academic discourse such as I experienced at your university.

I urge you to investigate this incident and to take action against the students and staff members who were responsible for the behavior that I have described. If you fail to do so then you will be failing to discourage such action in your university in the future. You will thus be failing in your duty to ensure that your students, visitors and guest speakers may take part in debate within the precincts of the University of Sydney without fear or concern for their own safety.

I would add that you have a particular responsibility in respect of the racist, anti‐Semitic nature of this protest. As you know anti‐Semitism is a rising phenomenon in the world. Jews in many places live in increasing fear and concern that they will be singled out and discriminated against. Only by taking firm action against anti‐Semitic abuse and hatred whenever and wherever it occurs can this situation be reversed. Sydney University has the opportunity here to set an example to other academic institutions that lack the moral courage to face up to the modern scourge of anti‐Semitism.