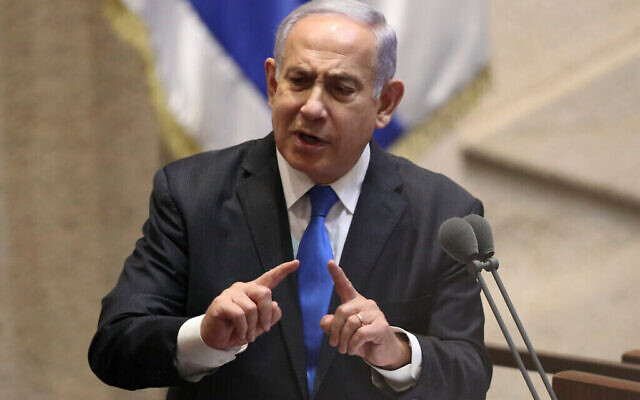 Sometimes the veracity of a piece of writing can be easily assessed from the way one source document is used, or misused. This is certainly the case with John Lyons’ latest publication, Dateline Jerusalem: Journalism’s Toughest Assignment.

Lyons produced this work to try to demonstrate that the “Israel lobby” in Australia is so powerful that it prevents the Australian media reporting the truth about what is allegedly happening in Israel, the West Bank and Gaza.

In the monograph (pp. 18-22), Lyons selectively quotes, and then misrepresents, an email from AIJAC executive director Dr Colin Rubenstein to substantiate his claim that Rubenstein is so powerful that he could tell two editors of The Australian newspaper what they could and could not print, and they would apparently cravenly comply. In fact, the Rubenstein email made no such attempt at censorship.

In February 2017, then Israeli prime minister Benjamin Netanyahu visited Australia. As part of the visit, the Israeli embassy organised a private, off-the-record briefing with editors and senior journalists from Australian media outlets. (Netanyahu held a separate on-the-record media conference at Kirribilli House with then Australian PM Malcolm Turnbull on February 21).

Prior to the private briefing, the invitees were well aware, and had agreed, that the contents of the background briefing were not to be reported, a condition set by the embassy, presumably at the Netanyahu delegation’s request. Colin Rubenstein also attended that briefing.

Subsequent to the briefing, Rubenstein sent the two editors from The Australian who attended an email providing a factsheet on one of the subjects Netanyahu had addressed that they could use if they wished to cover the issue more generally, given the agreed ground rules that the actual private meeting was off the record.

It was good to see you both yesterday. While I know it was off the record, Netanyahu certainly made settlements a key focus of what he wanted to say at the meeting. While you can’t use what he said there, I thought you might be interested in the attached fact sheet AIJAC has prepared on the subject – which even includes a good map of the sort Netanyahu was complaining he did not have. Anyway, you are welcome to use any or all of the factsheet in any way you see fit.

Thanks again for the wonderfully warm and informative coverage the Australian has provided of Netanyahu’s visit.

PS. Please be aware the factsheet is a couple of weeks old, so it does not deal with the most recent developments, such as the controversial Settlements Regulation bill passed earlier this month.

All straightforward enough.  However, through sleight of hand, Lyons transforms this routine acknowledgement of the pre-agreed ground rules for the meeting into something far more sinister, something which he describes as “unadulterated power”.

According to Lyons, Rubenstein “told the editors that ‘you can’t use what he [Netanyahu] said there’ – he wanted to make sure that what Netanyahu said at the briefing remained a secret.” Stating that the issue Netanyahu had addressed in the briefing was settlements, Lyons continued that “The reason Israel and its lobby groups are so sensitive about settlements is that under international law they are illegal.”

After an attack on the settlements, Lyons then wrote, “I remember reading Rubenstein’s email and thinking how extraordinary it was. Having made clear the rule, Rubenstein went on to offer an alternative – what the editors were allowed to report.”

Lyons then provided a longer extract from the email, but cherry-picked only the part that fitted in with his misleading narrative:

While you can’t use what he said there, I thought you might be interested in the attached fact sheet AIJAC has prepared on the subject – which even includes a good map of the sort Netanyahu was complaining he did not have. Anyway, you are welcome to use any or all of the factsheet in any way you see fit.

Note that he left out the all-important line from the email, “While I know it was off the record.”

Lyons then stated, “The editors abided by Rubenstein’s instruction and did not publish a word of what Netanyahu had said at the briefing.” He then proceeded to provide his own misleading analysis, based on his distortion of the email, to make the central point of his monograph: “Those interested in a vibrant, open media should think about that email. A lobbyist is telling the editors of a national newspaper that they cannot quote what a foreign leader says to a briefing of editors and journalists – instead, they are ‘welcome’ to use a ‘fact sheet’ provided by that lobby group. What gives a lobby group the power to say this?”

He added, for good measure, that “there are only three people who can tell the editors of The Australian what they can or can’t use: Rupert Murdoch, Lachlan Murdoch and Colin Rubenstein. Only one of them doesn’t have Murdoch as his surname. That’s power.”

So, in an attempt to prove a conspiracy theory, an email helpfully offering relevant information is twisted by selective editing into an example of improper use of undeserved power to corrupt the journalistic process. Lyons not only slurs Rubenstein by claiming he would be arrogant enough to deign to decree to editors what they can and can’t report, but also slurs the editors themselves by claiming they abided by Rubenstein’s supposed improper demands.

The editing out of the relevant section of the email noting that the meeting was off the record suggests the misrepresentation of it was either deliberate or amounted to journalistic negligence.

And all this, ironically, in a monograph supposedly aimed at showing how journalism in Australia has been corrupted.

Jamie Hyams is a senior policy analyst at the Australia/Israel & Jewish Affairs Council.