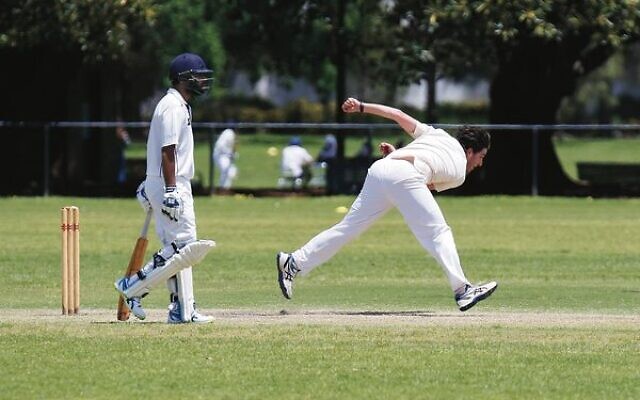 AFTER a first round washout, the new Mercantile Cricket Association Sunday men’s season finally began in perfect, sunny conditions last Sunday, with all four Maccabi-AJAX Cricket Club teams keen to get off to a good start.

In the A grade fixture at Fawkner Park’s Cordner Oval – in a closely contested grand final replay against reigning premiers the Melbourne Cobras – the Maccabi-AJAX First XI fought hard, but ultimately fell 37 runs short when chasing a target of 236.

On a beautiful deck to bat on, the Cobras suffered an early blow when Sam Rosen’s speed and accuracy in the field resulted in a brilliant run out of opener Jagvir Gill for just 7, followed shortly by the dismissal of their number three batter by young quick Lior Meyerowitz for a duck. 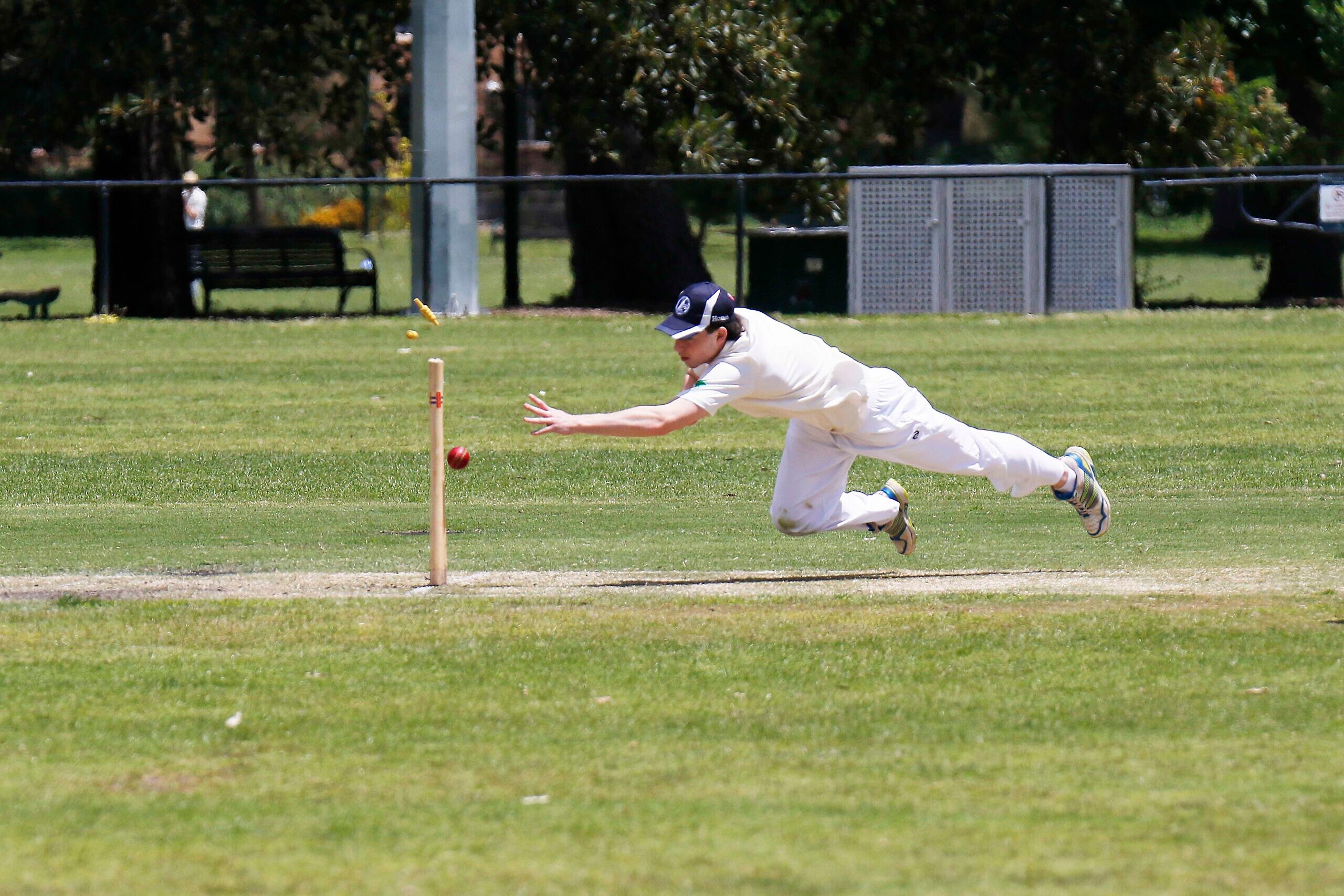 The Cobras steadied their ship with three scores of more than 40, but Maccabi kept them in check with regular wickets, including 3/36 by Mark Soffer – who removed the Cobras’ top-scorer Wasim Khan when he was looking dangerous on 64 – a haul of 3/36 by Eli Barr, 2/21 by Meyerowitz, and one wicket to Benji Jones.

Early wickets hurt Maccabi’s run chase, but a club record partnership of 105 between Benji Jones (73) and Eitan Epstein (59), plus a handy knock of 37 by captain Zak Fleisher, gave them a hint of victory until a late batting collapse sealed their fate.

Maccabi-AJAX was on the round two winners’ list in B grade, convincingly defeating North Balwyn by 82 runs.

Winning the toss, Maccabi’s Second XI wisely chose to bat first, and were able to reach a formidable 6/174 in their 45 allotted overs.

Mendi Rosenbaum (84 off 121 balls) and acting captain Charlie Gross (47 off 94) put on an outstanding batting display, balancing aggression with control and patience.

Maccabi sealed a great win with a short but highly effective spell by Josh Rotstein, who took three wickets for just five runs in his 2.4 overs to clean up the tail.

It turned out to be a challenging day in the field for the Maccabi-AJAX thirds team in C South grade, with Carnegie setting an imposing score of 6/205, largely thanks to the efforts of their opening batter Chethan Shanthappa, who was out for 106.

Jamie Hyams was the pick of Maccabi’s bowlers, taking 2/21 and even breaking a stump when bowling out a batter, but Coby Felbel was also good, finishing with figures of 2/34.

Maccabi’s reply was poor, with only opener Dov Rostkier (40), Joel Lewis (58) and Felbel (20) showing resistance, so Carnegie won by 63 runs.

Maccabi-AJAX’s newest men’s side – which the club is calling a development team – enjoyed their debut match in C grade, despite losing by 62 runs to Youlden Parkville, and will learn plenty from it.

Brian Goldberg’s 2/18 helped restrict Youlden to 5/181, but the young Maccabi team could only manage 119 all out in reply.

The highlight of their chase was a determined and patient innings of 58 runs off 101 balls by Daniel Onas. 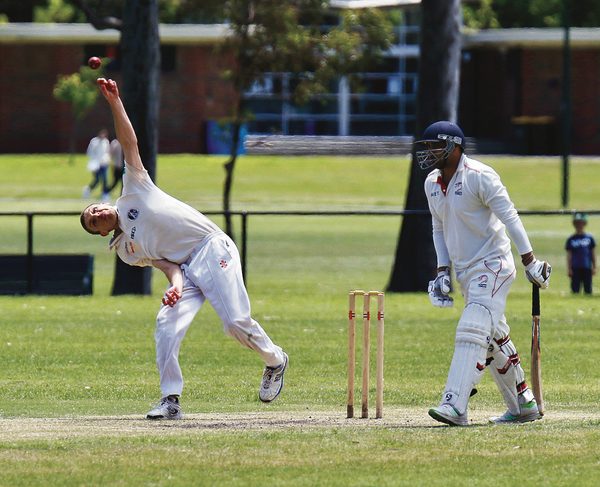