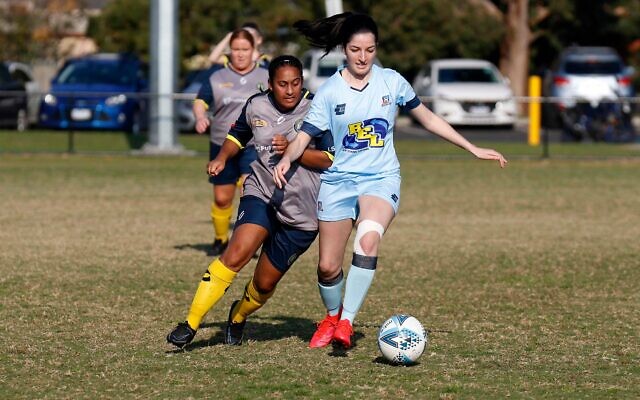 After a productive pre-season and a string of trial game wins, it was finally time for Maccabi FC Caulfield’s women’s firsts team to kick off their 2022 Victoria State League 1 South-East season last Sunday when they travelled to Springvale to take on the Noble Hurricanes.

Although they lost 0-2, that scoreline did not reflect the closeness of the match, as the Maccabi women created more chances than their opponents, dominating possession and field position, but just couldn’t convert that into goals.

The Noble Hurricanes scored in the 9th minute, and their next goal that clinched the match came in the 86th minute. 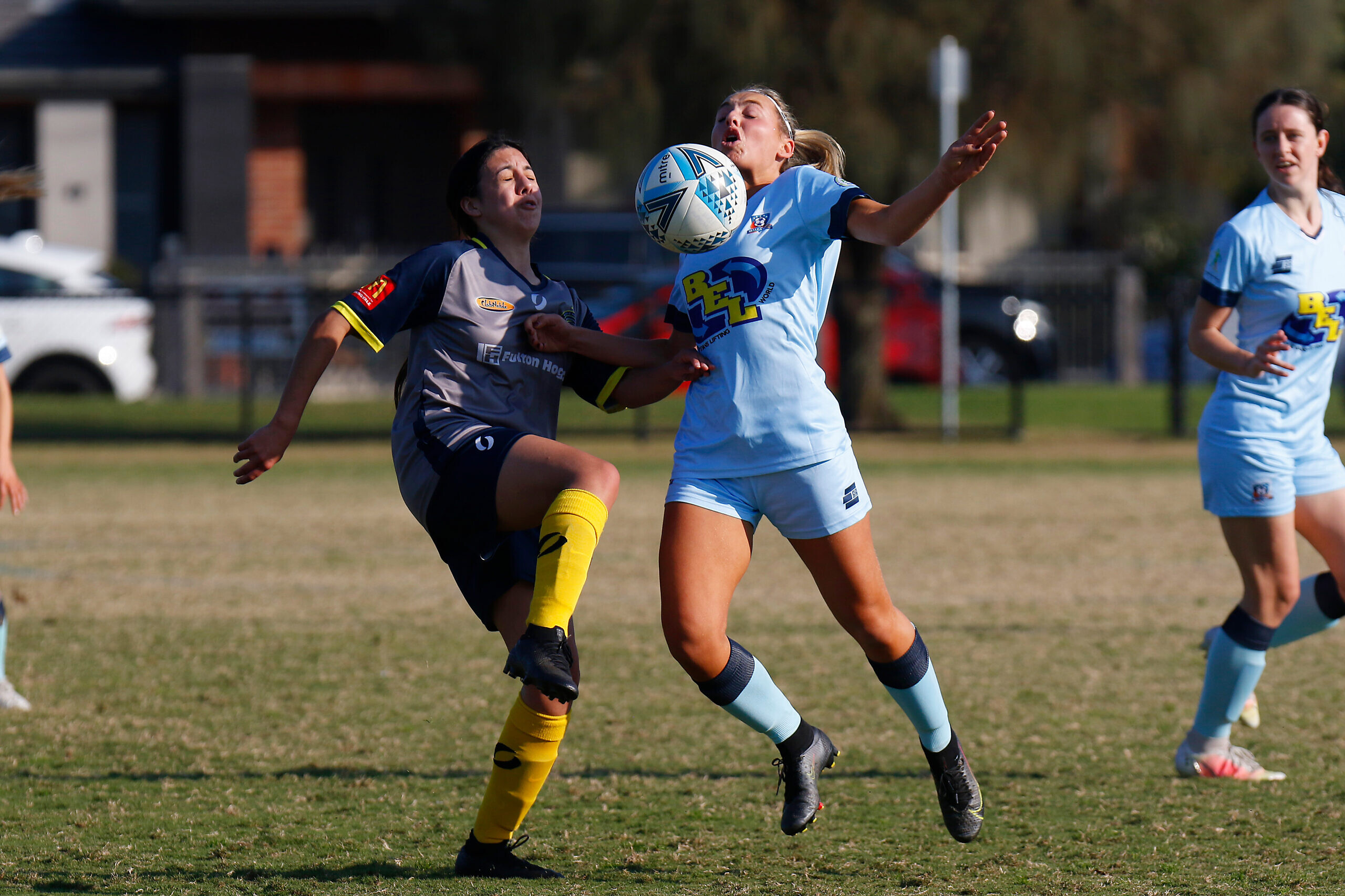 Caitlin Hinds (right) jostles for the ball in round 1.

Maccabi women’s head coach Adam Steele and assistant coach Gili Inbar both felt pleased by the work rate and effort of their players in round 1.

Steele said, “We completely controlled the game, especially in the second half, with good possession and quick transitions.

“It was unfortunate for us that the Noble Hurricanes’ goalkeeper [Mia Varrasso] was probably the player of the match … for me, she was the difference.

“Standout players for us were Caitlin Hinds and Erica Dudek, who played left and right back, and particularly in the second half, assisted in creating more attacking moments, with overlapping runs.

“Going forward for round 2 this Sunday (at 3pm at Caulfield Park versus Monbulk Rangers], we’ll be working on being more clinical in front of the goal.” 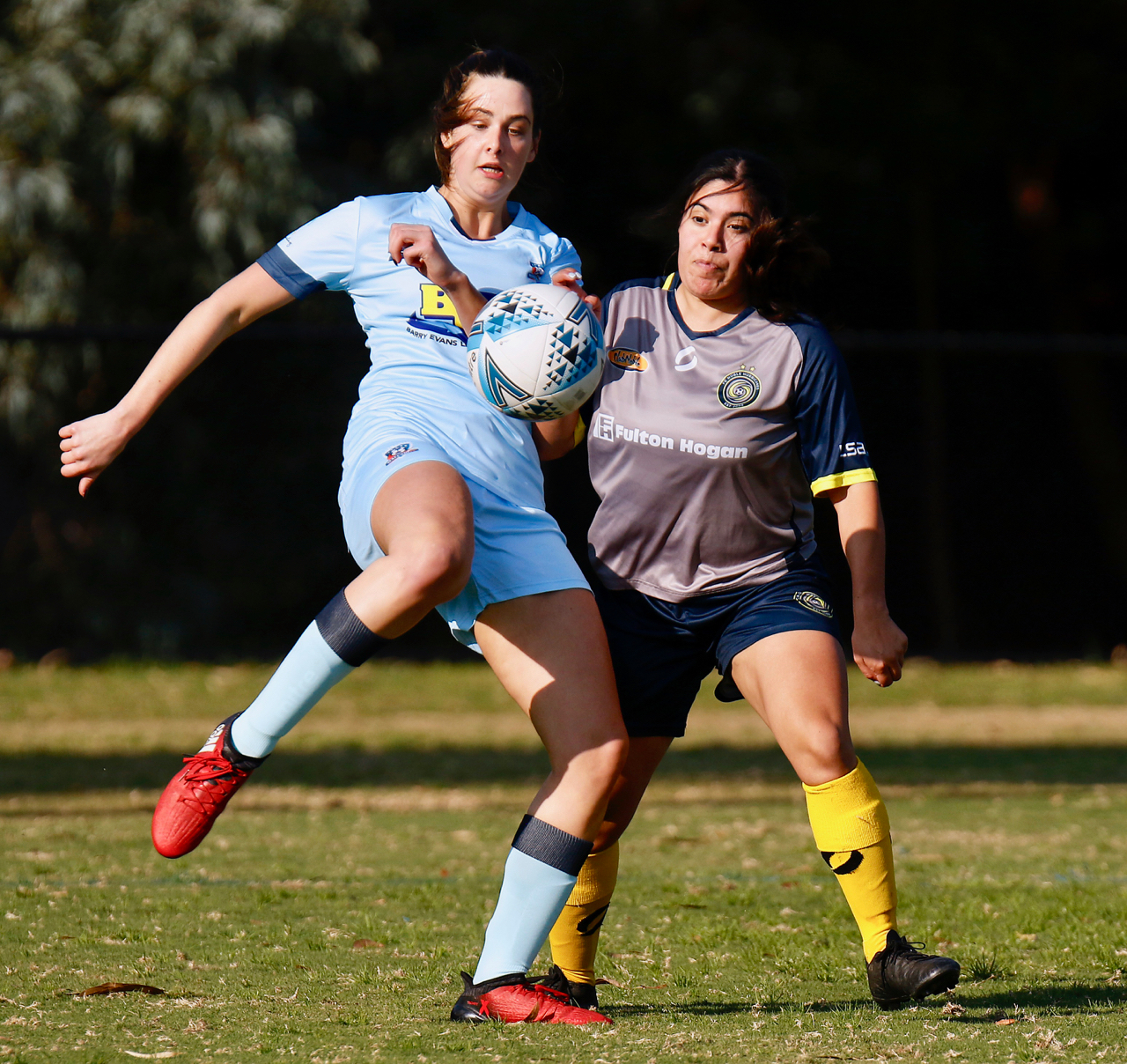 Rachel Kochen (left) in the thick of the action. Photo: Peter Haskin

The club’s juniors also got their season under way last Sunday, from Gary Peer’s Little Strikers – who loved playing in their new uniforms – to the Miniroos, and boys’ and girls’ junior competition teams. 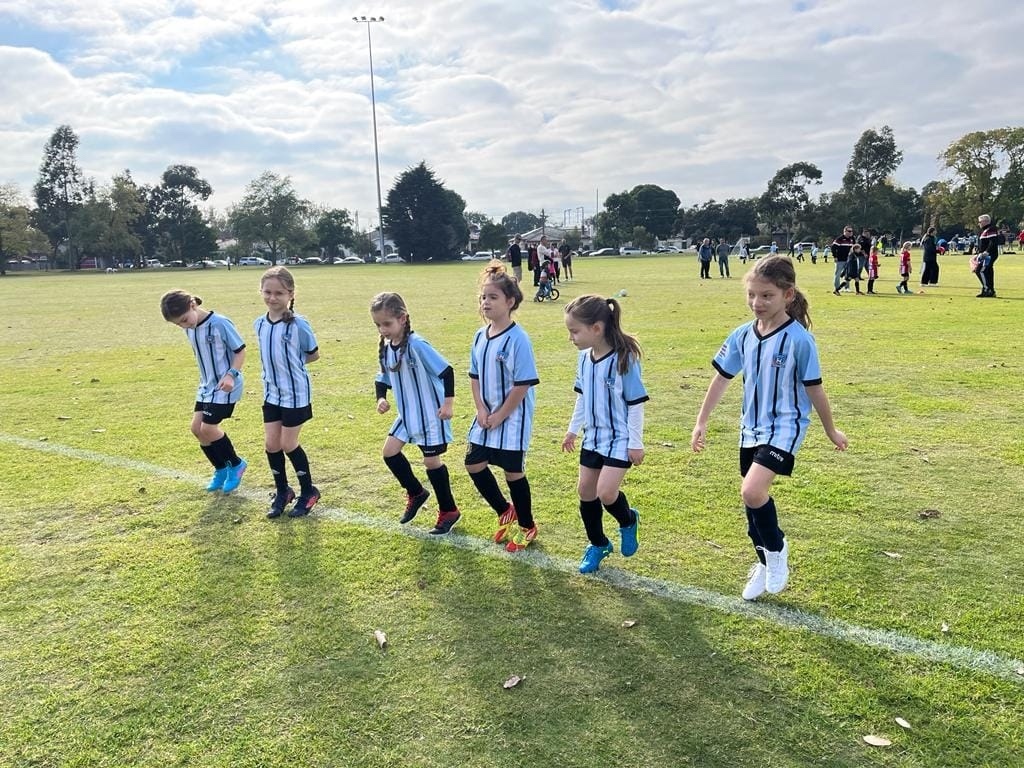 A Maccabi FC Caulfield girls’ teams warming up before their round 1 match.

Club president Kevin Milstein said, “It was great to see so many smiles on kids’ faces”, adding the junior club’s new Social Football Sunday afternoon series was also launched at Caulfield Park, and will continue at 2pm and 3pm each Sunday.

“It encourages people to think of sport in a different way, and get involved.” 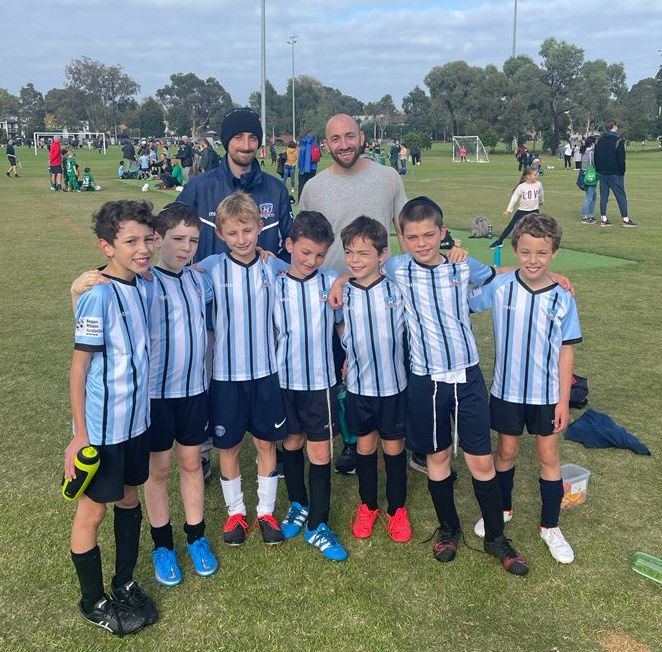 One of the boys’ teams last Sunday.