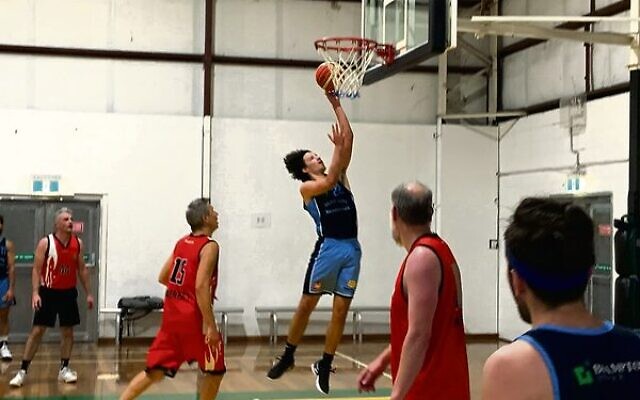 Zac Wein scores for the Maccabi Rockets men's Division 1 team on October 25 in the City of Sydney comp.

BASKETBALL returned this week after a four-month layoff due to the Sydney lockdown, with the continuation of the unfinished men’s City of Sydney Basketball Association season two competition.

Last Sunday night at Comets Stadium, in men’s masters round 5 action, Maccabi Benny’s Ball lost a close match to the Waivers, 31-33 in Division C, while the Division B Maccabi Yesterday’s Heroes team had a bye, and will be itching to get back onto the court next round.

Justin Goldberg top-scored for Benny’s Ball with 13 points, followed by Gabriel Anger with 6.

In open men’s Division 1 last Monday night, the Maccabi Rockets kicked off their season re-start with a gutsy come-from-behind round 7 victory over the Inner City Globetrotters.

After a slow start, down 2-9 after six minutes, they hit their straps, pushing the break, and taking the lead 18-16 with a classy Beck Rosen put-back on the stroke of half-time.

In the second half it was all the Rockets, as they out-ran and out-passed their opponents, best exemplified by a Ricky Schlessinger purple patch in which he managed to score seven points in just 40 seconds, while also nailing an offensive rebound and a steal. He ended up scoring 16 points, and his team won 58-37. Zac Wein top-scored for the Rockets with 17 points.

It was the Rockets’ first win this season.

Also in Division 1, the Maccabi Kings went into their match against the top-placed Newtown Toros missing a few key players. They battled hard, but in the end were convincingly beaten by 56-33, but are just six points outside of the top four.

Alexander Baroukh led their scoring, with nine points including a three-pointer, and Joshua Berg and Simon Platt chipped in with seven points each.

In a high quality game, considering the long lay-off, the standout player for Maccabi was Marcel Ninio, who scored 31 points.

The club’s junior basketballers have been training well at several sunset sessions over the last fortnight.

Some Maccabi teams will have byes first-up, but most will hit the courts. There are three Maccabi teams in the U8 boys’ competition this year which will no doubt serve the club well heading into 2022. 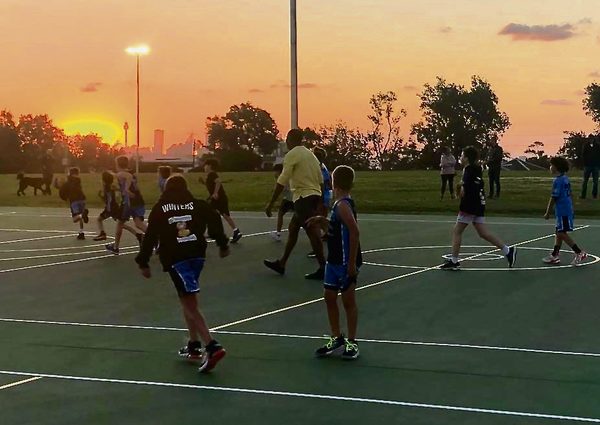