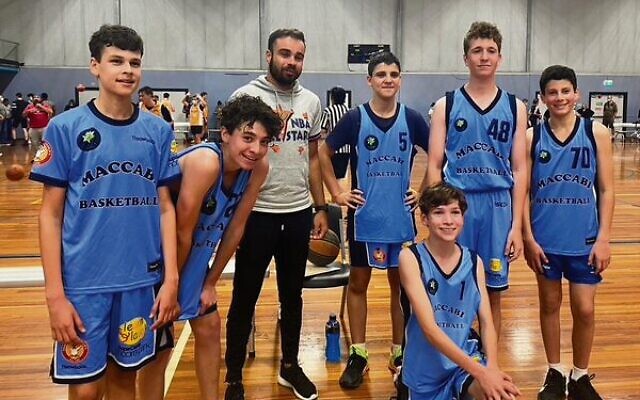 The Maccabi Heat U16 boys' team after their win over Newtown.

It’s been a big week for Maccabi NSW Basketball club, with its junior teams returning to competition basketball for the first time since June, and its men’s teams hitting the courts for their second round of matches.

There was a real buzz as 24 Maccabi teams, with more than 250 players, enjoyed playing their chosen sport together again last weekend.

The older Maccabi boys’ teams (U14s-U18s) had a solid start to the seven-round City of Sydney term 4 junior competition last Saturday, with four out of six teams posting wins, including the U16 Maccabi Heat in Division 3, who defeated the Newtown Rhinos 29-20.

Maccabi juniors in the Easts Basketball League Sunday competition – including their two new mixed U8 teams – got back into the thick of the action at games played at Waverley Pavilion, UNSW, Sydney University and Sydney Boys’ High. 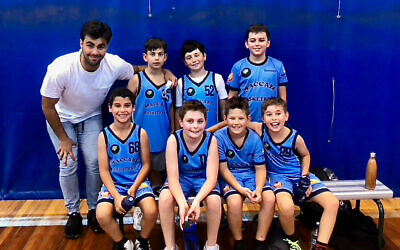 The U10 boys’ Maccabi Celtics team.

With three Maccabi versus Maccabi matchups from U8s to U16s, there was plenty of friendly on-court rivalry between players and coaches too.

In U12 boys’ Division C, the Maccabi Kings took on the Maccabi Magic, and there will be plenty more “friendlies” to be played in that eight-team division as the season progresses, as it also includes the Maccabi Suns and Maccabi Hawks.

In the City of Sydney men’s competition on Monday night, all three Maccabi teams enjoyed much-needed wins in round 8 of 11 of their resumed seasons.

In the Premier League, the Maccabi Lakers thrashed the MVP Cheetahs, 87-51, to move within three points from the top four.

And in Division 1, the Maccabi Rockets were deserving 66-42 winners over KHV, while the Maccabi Kings beat the Inner City Globetrotters 54-27. 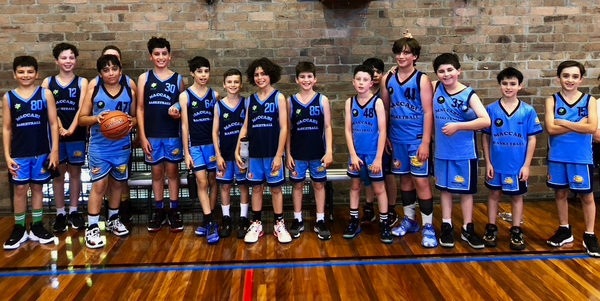 The U12 boys’ Maccabi Kings and Magic teams.