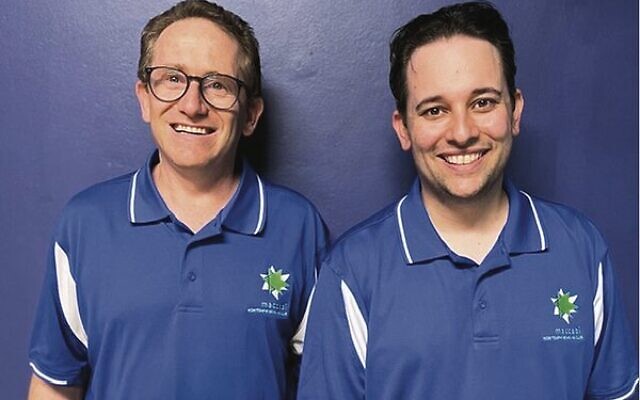 AFTER 19 weeks of competition, broken by months of lockdown, Maccabi NSW Tenpin Bowling Club finished its Monday night league this week, with the winning team only determined at the very end.

During the previous two rounds, the eventual winners, The Swannies (Ronnie Lang and Justin Kennedy), had managed to lose both their games, and also their top of the table position.

But a final round 8-4 win over team Beauty and the Beast, enabled them to leapfrog team Bubba Zeida (Phillip Levy and Steven Cohen), by just 3 points.

Bubba Zeida, in turn, had to settle for third place, after team Watch and Learn (Ari Baram and Natai Hanouka) defeated them in their last match 7-4.

The top game score of the final round was a superb 266 by Lang, who also scored 225 in his other game.