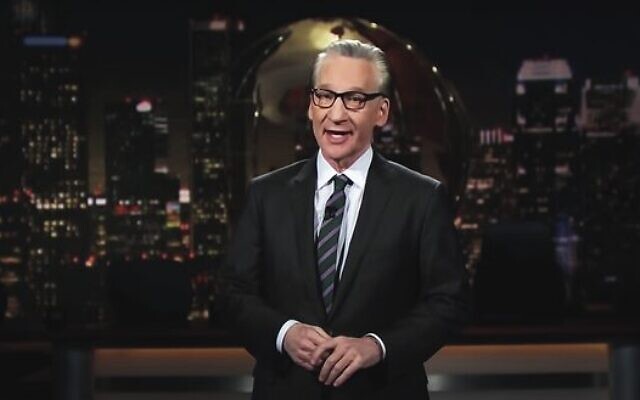 COMEDIAN Bill Maher, whose late-night HBO show Real Time goes into all kinds of hot-button political debates, is hitting the escape button as he ventures into the podcasting world.

According to deadline.com, Maher is set to launch Club Random – a podcast he is recording at his home in his bar. The show will reportedly feature “a range of eclectic guests” talking about all kinds of topics, with only one exception: politics.

It’s hard to blame Maher, who is already in the 20th season of Real Time, which deals with almost nothing but politics.

The report also revealed Maher will team up with a writer and a producer from his previous show Politically Incorrect, which formerly aired on Comedy Central and later ABC.

Maher, who was raised Catholic, found out as a teenager that his Hungarian mother was Jewish. He has described his religious views as a combination of apathy and atheism he called “apatheism” – although he has been quoted as saying that “the fact that I’m half Irish and half Jewish, they both contributed to a sense of humour.”

Podcast guests are set to include William Shatner, Judd Apatow and Quentin Tarantino – who is expecting his second child with Israeli singer Daniella Pick.