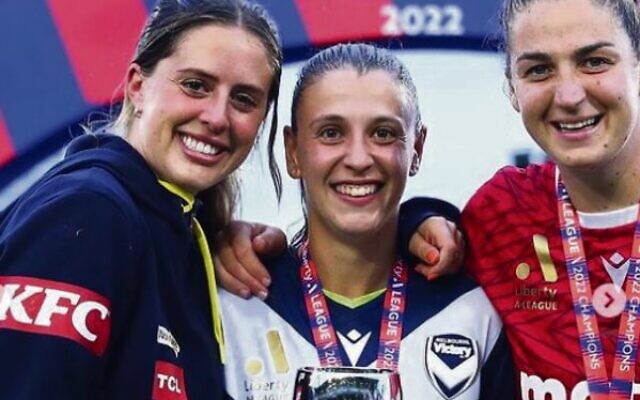 The team’s celebrations were deservedly massive, as they had only squeezed into the top four last month.

Their number two goalkeeper, Jewish player Melissa Maizels was thrilled to play her part in the team’s success.

Maizels was made a member of the team’s leadership group this season, as a co-captain, and she played in one match, and put everything into each training session.

She will be a player-coach for Australia at the 21st Maccabiah Games, five years after she made her Maccabiah debut.