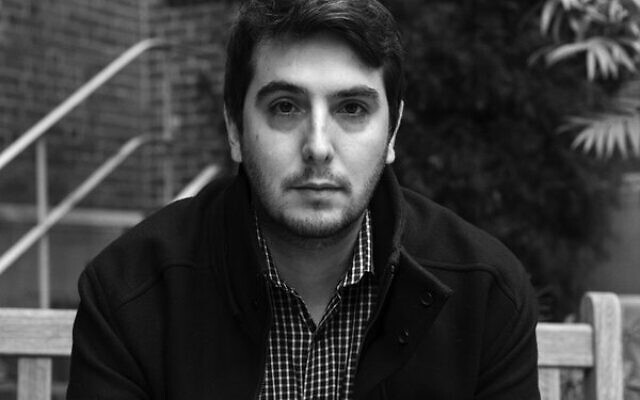 Ashley Goldberg was born and raised in Melbourne immersed in the Jewish community.

“With my facial features and a surname like ‘Goldberg’, Judaism has never felt optional for me,” Goldberg told The AJN.

Goldberg’s love of reading was nourished from a young age with his father him the Goosebumps series. “I, impatient for the ending, would sneak them off the shelf and finish them on my own,” Goldberg laughed. “Like many who love to read, writing felt like a natural aspiration.”

But it wasn’t as easy as jotting some words on the page and getting them published. In fact, Goldberg described his first attempt at a manuscript as “complete garbage” before admitting that “not everybody can be Sally Rooney and write a bestseller in their twenties”.

It was while in England at Bath Spa University where Goldberg came up against his next challenge – a supervisor who seemed to particularly dislike him.

“I won’t speculate on the reason why, but it’s this moment I reflect on often,” Goldberg said. “I was in such a vulnerable position as an emerging writer with this well-published author deriding my work. It would have been so easy to give in to that ubiquitous self-doubt and give up on writing forever, but for whatever reason, likely stubbornness and egotism, I fought back.”

Goldberg found his perfect supervisor, who he described as “thoughtful and encouraging”, received a distinction for his work and eventually found himself back in Melbourne, writing his debut novel, Abomination.

Abomination takes readers through two separate but intertwining narratives – Ezra, the secular Jew and Yonatan, the ultra-Orthodox Jew. The pair reconnect following a protest calling to extradite a child-sex predator from Israel, Rabbi Hirsch, a teacher at Yahel Academy, the school they both attended as children.

“Through Ezra’s tribulations I was able to explore the relationship between morality and religion, the value of friendship, the contemporary idea of ‘love’ and more,” Goldberg explained.

“As far as Yonatan’s narrative goes, I don’t want to give too much away but there’s a questioning of faith there.”

Goldberg says the story is an amalgamation of several high-profile cases that involve the sexual assault of children and the actions and inactions of religious institutions.

“For anyone who is unfamiliar with those cases, I imagine that when they do learn of them their responses will be similar to mine – shock, disgust and dismay. For readers that are familiar with those cases, I hope that despite steps taken, avows to be better and policies implemented by various institutions, there’s a recognition that the cases that inspired Abomination need to be recounted, remembered, and learnt from,” Goldberg said.

Goldberg notes that in recent years, there has been an influx of ultra-Orthodox narratives in the media including Disobedience and Unorthodox. But for Goldberg, Abomination is more than an ultra-Orthodox story.

“I believe it explores universal themes related to identity, faith, family, friendship and morality,” he said. “It’s my hope that Abomination is understood as a story about the paths we are placed on, the paths we take, and how we are all just trying to make our way through the world.”