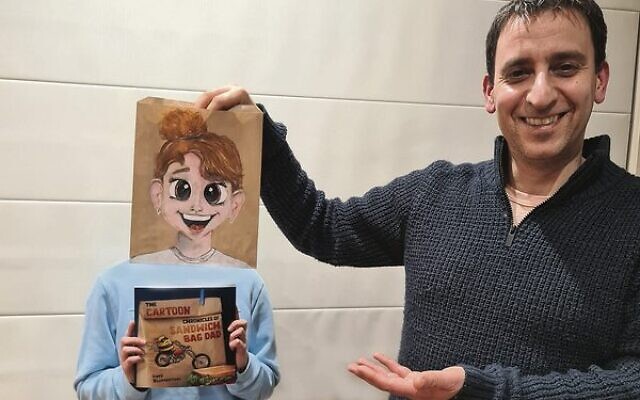 David Blumenthal with his 'cartooned' eldest daughter, Sharni, and his new book, The Sandwich Bag Dad.

David Blumenthal is a finance guy with a flair for drawing. He’s not a trained artist. He’s also not an author, unless, in his words “you count the six-page ‘novel’ he wrote at the tender age of six, chronicling the life of an elephant named David.” According to Blumenthal, it was a sell-out (his mum bought the only copy).

He is though, a father who loves using his dad jokes to make people smile, especially his kids who also roll their eyes in equal measure.

“I’ve always loved to draw and paint,” Blumenthal said. “My paternal grandmother was an excellent artist and I have really fond memories of spending time in her art studio when I was a young kid. She would paint, and I would hopelessly try to emulate her and just generally make a big mess!”

Although Blumenthal used to draw as a youngster, he gave it away when he started university and entered the workforce.

That all changed though, when his eldest daughter, Sharni, started school at Bialik College.

“It wasn’t until I started to draw on my daughter’s lunch bags that I realised how much I missed it,” he mused. Blumenthal combines his love of drawing with his appreciation of dad jokes, creating masterpieces on his daughters’ lunch bags each day.

“Initially it was just something I did to make my daughter smile. She was also a little shy as a kid, so the bags turned out to be a great way to get her to engage,” Blumenthal said.

Blumenthal’s daily lunch bag workload has since tripled, with daughters Tia and Milly also getting their own personalised artwork. The lunch bags are usually drawn at night, with each taking 10-30 minutes to complete.

His social media presence has grown steadily and his artwork has gone global with drawings featured in newspapers, entertainment websites and radio talk shows.

“I realised that the bags have a greater purpose. Not only to make my kids chuckle and eye roll, but also to help spread some cheer and happiness around the world,” Blumenthal said. 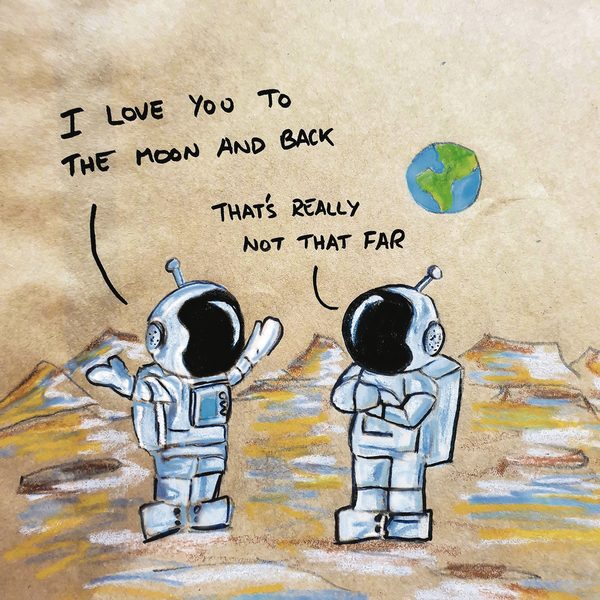 As David Blumenthal says, there’s a dad joke for every situation

“With all the depressing news around, I think it’s really important for people to stop and just smile if they can. Thankfully there is a dad joke in practically any situation so I’m always happy to oblige through my daily posts.”

While his daughters may roll their eyes at the dad jokes, deep down, Blumenthal knows he is making them giggle and that they secretly appreciate them.

Now, Blumenthal has released a book, The Sandwich Bag Dad, described as “witty pun-filled and 100% ‘dad jokey’”, featuring some of Blumenthal’s most popular and endearing drawings.

“I’m hoping it’s the sort of book that people can just keep and have a flick through to lift their spirits,” Blumenthal said.

Fifteen percent of profits are being donated to the Leukaemia Foundation, a cause close to Blumenthal’s heart as his father passed away from the disease.

“He was the king of dad jokes in our household. So, I think the book is a great way to acknowledge and honour his legacy too,” he said.

As Blumenthal says, he’s using his dad joke superpowers for good rather than evil.