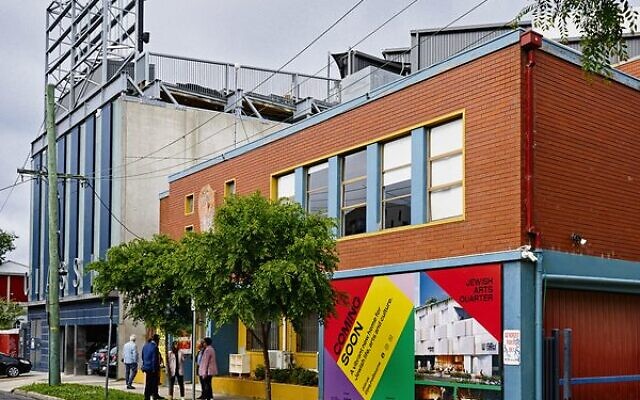 The site of the Jewish Arts Quarter, set to open its doors in 2025. Photo: Dean Schmideg

Minister for Multicultural Affairs Ros Spence has reaffirmed the state government’s commitment of $2 million towards the construction of the Jewish Arts Quarter (JAQ).

The funding pledge was announced prior to the state election, and hinged on the Andrews government being re-elected.

JAQ is a first for the Jewish community in Australia, and will see some of the community’s leading arts and cultural institutions come together in one location.

Spence told The AJN the government “is a proud and longstanding supporter” of the project.

“The project celebrates Jewish culture and history, and provides a dedicated space for sharing and learning,” she said.

“The Labor government’s additional $2 million investment in the initiative will help deliver a vibrant hub in the heart of Elsternwick.

“The additional funds take the government’s overall contribution to the project to $7 million. We look forward to continuing to work with the JAQ team to make their vision a reality.”

JAQ director, and board president of the Jewish Museum of Australia: Gandel Centre of Judaica, Gideon Kline said, “We are extremely grateful to the Victorian Labor government for continuing to invest in arts, culture and multiculturalism.

“We see this commitment as recognition of the importance of the Jewish Arts Quarter, and the opportunity for it to benefit and enrich the cultural tapestry of the local and wider Melbourne communities for decades to come.”

Labor candidate for Caulfield Lior Harel, who made the initial announcement but was not elected, described JAQ as “a first-of-its-kind precinct that will be a hub for hospitality, music and entertainment in Melbourne’s south-east”.

JAQ’s founding partners, the Jewish Museum of Australia and the Kadimah Jewish Cultural Centre and National Library, will be centrally located in JAQ.

Joe Tigel, JAQ director and president of Kadimah said, “We look forward to welcoming many more arts and cultural organisations to JAQ – each bringing their own unique cultural offering to add to the diverse mix of organisations and visitors that will come together to create a vibrant destination in the heart of Elsternwick.”