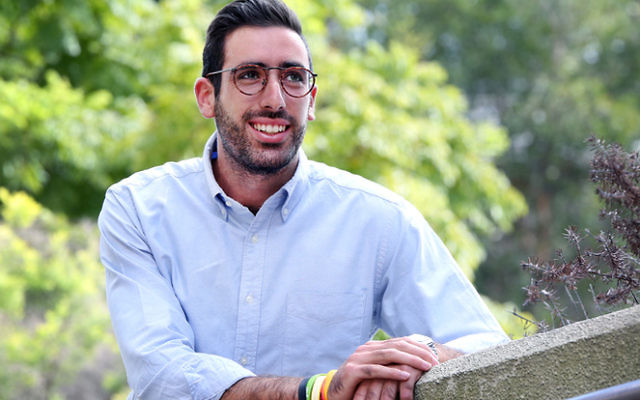 As phrases such as “man up” and “only girls cry” continue to permeate the public vernacular, some men may feel pressure to put on a brave face as they struggle to stay abreast of their work, bills, family and social life.

Fortunately, this trend is gradually changing, notes psychologist and current PhD student at the University of Sydney, Zac Seidler, who says that an increasing number of men are seeking psychological help to guide them through tough times.

“Given the push by leading national organisations like BeyondBlue and Headspace, the stigma around mental health treatment is slowly being challenged. The conversation about what mental illness looks like and feels like, even among men, is getting steadily louder against a backdrop of what was decades of forced silence,” says Seidler.

Although many more men may be reaching out for help, increased access is not translating into what we would expect – that is, improved mental health outcomes – warns Seidler, whose desire to improve the mental health of men stems from his personal experience.

Following the death of his father, Dr Raymond Seidler, who struggled with depression for much of his life, the young Seidler was driven to search for answers – to try and prevent other men from facing a similar predicament – making sure that the suicide epidemic among men in Australia is targeted head on.

Seidler, along with an international team comprising Dr Haryana Dhillon – a research fellow at The University of Sydney with a strong focus on reducing barriers to help-seeking, Dr Simon Rice, a clinical psychologist and research fellow with Orygen, The National Centre of Excellence in Youth Mental Health; Professor John Oliffe, the founder of the Men’s Health Research program at The University of British Columbia; and Professor John Ogrodniczuk, director of the psychotherapy program in the Department of Psychiatry at The University of British Columbia, have created a research project called Man Island that seeks to explore the positive and negative experiences of men who have engaged with psychological treatment.

Men still account for three quarters of suicides in Australia, says Seidler, and available data indicates that those who take their own lives often seek professional help beforehand.

“The reason the suicide rate isn’t shifting is because once we get men into treatment, we’re not keeping them there,” Seidler remarks.

“Good therapy should be moulded to the needs of the client, and it turns out that many men aren’t willing, don’t know, or aren’t asked what they want out of therapy.”

Having looked into gender differentiation in the methods employed for suicide attempts, Seidler says that “the fact that men use more lethal methods to suicide is just another reflection of dominant masculinity saying ‘get it done,’ ‘don’t let anyone help you,’ and if these voices are confronted early and purposefully in therapy, we might have less unnecessary deaths in our communities”.

The team’s project works to better understand how men access, engage and improve in treatment, and emphasises the need for clinicians to tailor their approach to address the needs of men.

“For too long, men have been blamed for their poor outcomes in mental health treatment, but maybe it’s now time that treatment moulds to men, rather than vice versa. When it comes to understanding men, that implies understanding gender and the way men exist in this world,” notes Seidler.

Through the team’s research, extensive interviews with 20 men who have received treatment for depression revealed that, according to Seidler, an action-oriented approach – one that focuses on strengths, problem solving, skill-building and masculine traits like risk-taking and action orientation – as distinct from deep talk therapy may be a more effective means to engage men in therapy in the initial stages.

“’Getting things done’ and making progress was a key theme in our research, and rather than seeing this as a masculine ‘problem’, it’s time we embrace it as a strength and use it to our advantage,” explains Seidler.

“If someone were a really fast runner, you wouldn’t force them to swim. We need to be building up that skill set, that speed, in mental health treatments and run along side them, not make them learn a completely different way to be. It’s a matter of fine-tuning.”

The action-oriented approach can engender feelings of strength and empowerment in men, the research found.

“Whether it is for men or women, treatment is not a one-size-fits-all product, we need to listen and adapt to each person that walks through that door,” says Seidler.

In the next phase of Man Island, the team is aiming to create a training program for clinicians on how to better engage men with depression in psychological treatment, which will be applicable for clinicians utilising a range of therapeutic approaches.

“It will hopefully reduce dropout rates in treatment and down the line, effect the staggering male suicide rate,” says Seidler.

“It takes a male-friendly approach to psychological treatment which is historically feminine in its style, by focusing heavily on gender and the differences among men … The aim is to broaden our reach with this program and train as many clinicians as possible.”

The researchers are currently taking donations to fulfil this goal, so that more men don’t lose their lives to mental illness. “It will have a heavy focus on masculinity and its impact on diagnosing, treating and communicating with male clients to keep them coming back,” enthuses Seidler. “Man Island is a response to a crisis, a world first in men’s mental health research where we will aim to change treatment to be truly ‘man made’.”

While the project may seem like one small step for man, it could represent one giant leap for the mental health of mankind.

Info: Donations to the Man Island project can be made at www.manisland.com.au or manisland@sydney.edu.au