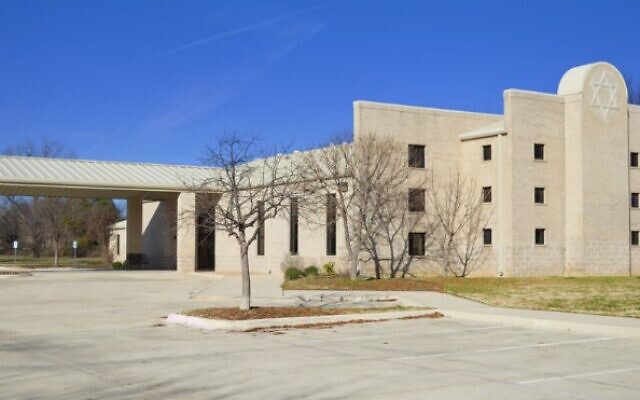 UPDATE:  All of the hostages at the Texas synagogue have been released.

All hostages are out alive and safe.

EARLIER: Police say one hostage has been released unharmed from the Beth Israel Congregation in Colleyville, Texas.

The assailant is believed to be holding three other hostages, including the congregation’s rabbi.

EARLIER: Police responded on Saturday to a hostage situation taking place during morning services at a Reform synagogue in Colleyville, Texas. Initial reports claimed the suspect was armed. It was not clear how many people were being held hostage.

The hostage holder was identified as Muhammad Siddiqui by ABC News (US), which reported that he was holding the rabbi of the congregation along with three other people against their will.

Siddiqui claimed during the livestream to be the brother of Aafia Siddiqui, a Pakistani national who was convicted in 2010 by a New York City federal court of attempting to kill US military personnel. She is currently serving an 86-year sentence at Carswell Air Force Base near Fort Worth, Texas.

ABC (US), citing a source at the scene, said Siddiqui was demanding his sister’s release.

UPDATE 1/15/22, 1:20 PM The situation at the 6100 block of Pleasant Run Road posted about earlier remains ongoing. We ask that you continue to avoid the area. We will continue to provide updates via social media.

At 11:30 a.m. local time, the Colleyville Police Department tweeted that its forces were “conducting SWAT operations around the 6100 block of Pleasant Run Rd,” where Congregation Beth Israel is located. Residents in the immediate area were evacuated and urged to avoid the area.

The FBI was assisting local police in the hostage situation.

Roughly two hours later, the police department updated that their operation “remains ongoing” but did not provide any additional details.

Police did not confirm that the suspect was armed, though he apparently made the claim himself. There were no immediate reports of injuries.

At first, the ordeal unfolded on a Facebook livestream, which Beth Israel had been using to broadcast its weekly Saturday morning services. Only an empty lectern could be seen in the corner of the feed, and there weren’t believed to be large numbers of people in attendance as many congregants at the small congregation may have opted for the online option made available since the beginning of the pandemic.

Several congregants on the livestream said that the synagogue’s rabbi was among the hostages.

At the scene in Colleyville where a local synagogue is being held hostage. The Congregation Beth Israel, located at 6100 Pleasant Run Rd., was in the middle of a service when a gunman entered. A livestream of the service remains ongoing during the situation. pic.twitter.com/dC5d6HKTLQ

The suspect could be heard ranting about a variety of topics including America and religion, but it was often hard to make out what he was saying because of his accent.

At one point he could be heard talking on the phone to someone who appeared to be his relative, repeating, “I am going to die” and that he was holding hostages at a synagogue.

“Don’t cry on the f**king phone with me… I have six beautiful kids… There are hostages in the synagogue who are going to die,” he could be heard saying shortly before the feed was cut at around 2 p.m. local time, apparently by Facebook.

Colleyville Police Sergeant Dara Nelson told the Dallas Morning News that negotiators managed to make contact with the suspect, but it was not clear yet what his demands were.

“We pray for the safety of the hostages and rescuers,” he added.

Diaspora Affairs Minister Nachman Shai, US Ambassador to Israel Tom Nides and a handful of Israeli MKs across the political spectrum issued similar statements of concern.