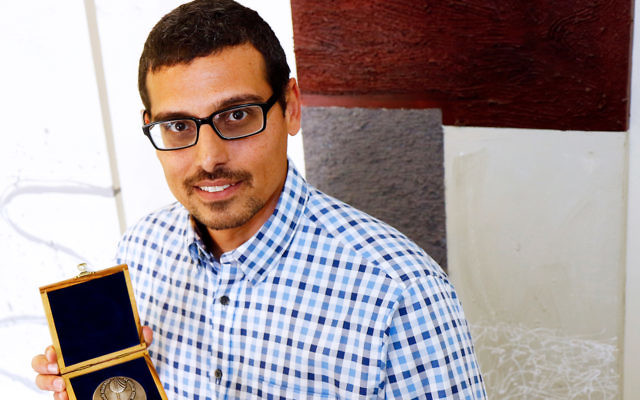 A BITTER family feud between Manny Waks and his brother Avi Yemini is heading to the courts.

In September last year a convicted child sexual offender Rabbi Moshe Keller stayed at the house of Zephaniah Waks, who is Manny and Yemini’s father, for a short period.

At the time Yemini posted on his Facebook page that Manny and Zephaniah were “harbouring a child sexual offender”.

Yemini also posted that “this abuser is being hosted there for Zephaniah Waks’ financial gain with what seems to be Manny’s full blessing”.

Manny is now suing his brother for defamation and claims that Yemini’s post has held him up to contempt and ridicule, and seriously injured his credit and reputation.

The AJN understands that the basis of the claim is that it was Zephaniah’s house and that it was defamatory to say that Manny in any way “harboured” someone in someone else’s house in Melbourne while he was living overseas.

A concerns notice was sent to Yemini, but when he didn’t remove the post, Manny turned to the courts.

Yemini told The AJN this week that he will do everything that he can to fight the claim.

“From what I understand, defamation is when you’ve said something untrue,” Yemini said. “I haven’t said anything which is untrue.”

He also came out firing on Facebook this week.

“I refuse to be bullied by anyone, especially by this self proclaimed advocate who happens to be my brother,” Yemini said.

“I always call it as it is, no matter how uncomfortable.

“If you don’t like that, too bad. I will fight this case until the end.”

In another post he said that Manny “may have bullied his way through our community but it stops here. Now the entire truth will be uncovered. #welcometothewaksfamily.”

At the time of the incident last year, Manny stated that his parents unknowingly sold the house to Keller’s daughter and allowed them to stay in the house, free of charge, prior to settlement.

Manny said when he found out that Keller was staying at the house, he contacted Yeshivah’s interim committee of management “at the first opportunity”.

“Almost simultaneously, my parents notified Keller’s daughter that Keller could no longer remain there,” Manny said.

“Both he and his wife left the property that night.

“Subsequently my parents again offered the family their free hospitality – this time on the condition that Keller isn’t present.”

Manny and Yemini have had a strained relationship for several years.