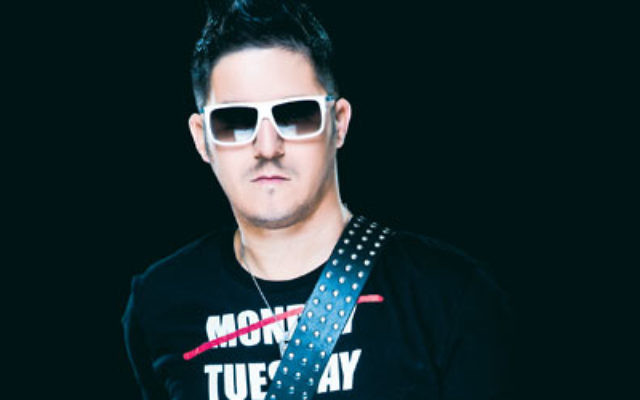 THERE was an Israeli flavour to Sydney’s Gay and Lesbian Mardi Gras earlier this month as disc jockey and music producer Yinon Yahel, who’s name is synonymous with Tel Aviv’s entertainment scene, brought his musical talents to the event.

The Israeli-born star, who is an open supporter of Lesbian, Gay, Bisexual and Transgender (LGBT) communities around the world, revelled in the excitement that was reflected in Sydney’s street festivities.

“The moment I landed [in Sydney], I felt different,” Yahel told The AJN. “As I drove through the streets looking at the colourful and fresh street decor, I became aware of the apparent energy in the air.”

Coming from Tel Aviv, a city that’s so full of life, Yahel wasn’t surprised at the “crazy party” that was Sydney’s Mardi Gras.

“It was out of control, the sheer amount of people, the vibe and the array of characters in the streets and clubs was unbelievable,” says Yahel.

The 32-year-old began his promising music career at the age of six playing the piano. By the time he was 15, Yahel was the keyboardist for well-known Israeli rock band Eman, which became the youngest group to sign a major record deal in Israel.

Although Yahel’s collaboration with Nissim was somewhat of an unconventional one, he believes that it was this association that gave him his label as an icon for the LGBT community.

“As a straight man, I was foreign to Offer’s world, but together we created a unique blend of musical styles that so many people identify with and love,” he explains.

“I think the notion of homosexuality changed around Israel, so from having so many homophobes, there was a stream of even my ‘straight’ friends coming out.

“After a few months, we had created a new wave where the whole direction of the world changed into becoming more liberal and open to the idea [of homosexuality].”

Yahel achieved international recognition in 2004 following the release of the hit album First Time, as singles from the album shot up electronic dance charts worldwide.

Having performed at the Carnival in Brazil and gay pride parades in countries including Israel and Canada, Yahel is as passionate about his music as he is about gay rights.

“Most of my friends are gay and I love living in a place where everyone is so open and out there,” he says.

“I meet so many people all the time who, whether they’re gay or straight, manage to find parts of themselves or their lives reflected in my music … That’s what inspires my passion because I know I’m touching people.”

With a fusion of western cultural influences and subtle Middle Eastern threads in his upbeat dance music, Yahel proudly identifies with his Israeli origins.

“Being Israeli definitely defines me. I love being part of the lively culture; we’re a crazy nation, so full of life.”

Contrary to what Yahel calls the “primitive” nature of gay rights in some Middle Eastern countries, where he believes “human rights need to be rectified before gay rights can even be considered”, Israel is seen as one of the most progressive countries in the world.

“With recognition of common law marriage and allowances made for adoption, financial affairs and other everyday things, I think Israel’s next step is gay marriage.”

In a country that, for the most part, aims to afford gay couples the same rights as heterosexual citizens, where gay soldiers openly serve in the Israel Defence Forces and there are several homosexual Knesset and local council members, Yahel’s music is the voice of freedom, fun and a free spirit.