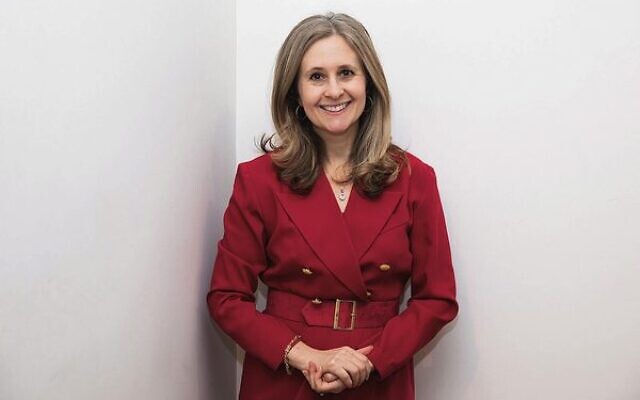 Jewish owned business Matchboard is celebrating its 10th anniversary this year and it has been a decade of success.

Matchboard is the “business-to-business equivalent of a dating site,” said managing director and founder Sharon Melamed.

Melamed said, “Matchmaking is arguably the oldest profession in the Jewish community! I guess it’s in my blood as I always got a thrill out of matchmaking people (I even matched my brother and his wife!)”

So when it came to launching her own business Melamed used this practice as a model to create a website that connects companies with their perfect match suppliers, as she “didn’t want to create another dating site as there are so many of those”.

“Instead of sifting through search engines for hours to find a digital marketing agency, a consultant or a call centre service, for example,” she explained, “you can spend just 60 seconds entering your needs on our website, and presto, our matching software will find you the best possible match.”

The matchmaking software is what makes Matchboard unique and has earned it a string of awards including being named by Optus as Australia’s Business of the Year.

To create the software Matchboard partnered with a small software development company in Israel to produce it.

Melamed told The AJN that the software company offered them a deal they could not refuse.

“They’d do the project at cost, in exchange for the rights to the source code for the Israeli domestic market, should they ever want to do a matchmaking site there,” she said, adding, “As a lean startup, that offer was too good to refuse.

“The Israeli guys did a brilliant job and it’s thanks to them I got the platform off the ground,” Melamed said.

Together with her Israeli husband, the pair did a nine-month sabbatical in Israel – the startup nation – where Melamed said she caught the “startup bug”, as it wasn’t long after she came back to Australia that she decided to be an entrepreneur and founded Matchboard.

Not only has Matchboard won many awards and been recognised for its success, securing a place in Westpac’s “200 Businesses of Tomorrow”, but Melamed has personally been honoured.

Despite her personal success and the success of her business, Melamed said one of her greatest achievements is showing her teenage daughter “that you can be a great Mum and have a great business at the same time”.

She added that her daughter is now helping her a lot with the business, “but [she] is destined for greater things!”