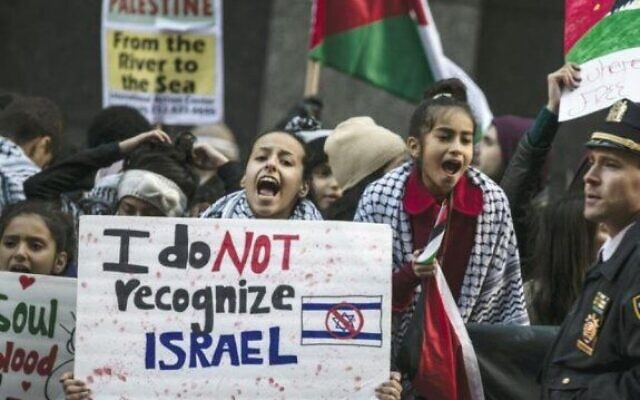 I HAD a letter published in The AJN (06/08) in which I suggested that we should be pushing hard for engagement with those who are attacking Israel to make them more accountable for their views.

In light of recent events associated with the publication of John Lyons’ Dateline Jerusalem: Journalism’s Toughest Assignment, I have been seriously reconsidering what I wrote.

As the presenter of The Israel Connexion, broadcast on J-AIR and via my program’s YouTube channel, I mentioned that I am always on the hunt for people to speak with, who represent all points of view on the conflict.

However, of late I have become more and more aware of a distinct unwillingness by pro-Palestinian supporters to appear in conversations with others with whom they disagree. As I wrote in my letter, “a proper debate involving representatives of the pro-Palestinian community in Australia is thwarted by the fact that they generally shirk engagement with those with whom they disagree and often subscribe to the anti-normalisation position vis-à-vis Israel.”

British pro-Israel activist extraordinaire David Collier emphasises that if one does try to engage with anti-Israel activists, it is important to avoid getting “stuck down pointless rabbit holes”. He stresses that it is simply foolish to fight on their turf and argue within their narrative, because that puts you on the back foot defending what you know and believe. This is not true engagement, rather it is submission to an implicit anti-Zionist agenda.

There has been a significant negative reaction from our Jewish community to the contention by Lyons that a powerful Israeli lobby is pressuring the media to self-censor in their reporting on Israel. The main reason that Michael Gawenda, former editor of The Age, Rabbi James Kennard and Jeremy Leibler, Zionist Federation of Australia (ZFA) president have been compelled to write about what Lyons has expressed in his latest Israel-phobic offering is that Lyons’ premise is plainly nonsense.

Lyons has been called out for misrepresenting the Israel lobby and he has resorted to distorting facts in order to concoct his narrative. Jamie Hyams has written how Lyons has quoted a letter written by Colin Rubinstein from the Australia/Israel & Jewish Affairs Council (AIJAC) by leaving out a critical portion of it, Tzvi Fleischer and Allon Lee have written how Lyons completely misrepresents AIJAC, and Albert Dadon has refuted the account that Lyons’ gave in his book Balcony Over Jerusalem about their trip together to Hebron.

Two weeks ago, I attended an online event organised by Gleebooks at which the ABC’s Stan Grant was in conversation with John Lyons.

The attendees included a veritable rogue’s gallery of some of the most vicious Israelphobes in the business.

Responding to an obsessive focus on the Israeli lobby, I remarked that there also happens to be a pro-Palestinian lobby.

Next with the heavy focus on Israeli crimes against the Palestinians, I noted, “Arabs kill more Arabs in Israel proper than Jews”, (a verifiable fact).

Then someone commented, “The Israeli lobby is here.”

It seemed evident that Jews supporting Israel in any way were not welcome in this forum. Moreover, I have been informed that overt comments were made about the particular attendance of Michael Gawenda and Bren Carlill (ZFA), who don’t concur with Lyons’ views.

I responded to “the Israeli lobby” comment by saying the remark was inflammatory.

I was then told my comments were inflammatory and suddenly I found myself tossed out of the Zoom session.

I must admit being turfed out of a virtual event is not quite as humiliating as being thrown out of a physical meeting.

I wrote an email back to Gleebooks and Stan Grant to explain my dismay at having been evicted, indicating to Grant that his presiding at an event that I felt simmered with antisemitism did him no credit.

How so many people seem to be embracing what Lyons is claiming defies logic. As Jeremy Leibler from the ZFA wrote, “The notion that the Australian media suppresses debate about the Israel-Palestinian conflict is patently false to anyone who reads the newspapers, listens to the radio or watches television.”

Those who follow the media in Australia can see a media champing at the bit to criticise Israel with the ABC leading the pro-Palestinian charge with plenty of assistance from other players every now and then.

It seems that Lyons would like the media to open the floodgates to a torrent of pro-Palestinianism, if there would be acceptance that the media is really self-censoring discussion about the Israel-Palestine dispute.

For supporters of Israel this episode serves as a warning that there are dangerous Israelphobic forces that are looking for every opportunity to undermine Australia’s valuable relationship with the state of Israel.

David Schulberg is presenter of The Israel Connexion on J-AIR.