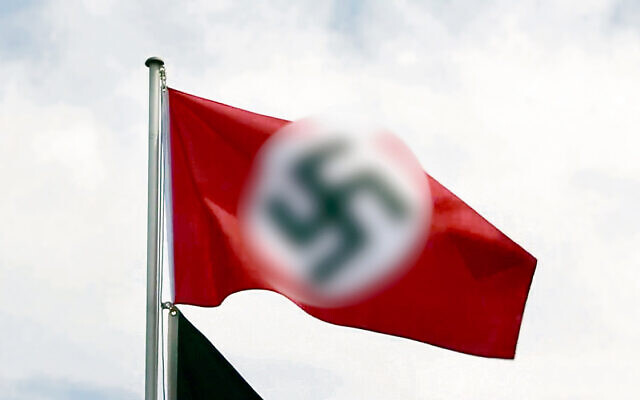 A Nazi flag similar to that flown at Robertson Oval in Wagga.

A NAZI flag seen flying atop a light tower at a public oval in the New South Wales town of Wagga Wagga has been removed by local council less than 12 hours after it was first reported.

The City of Wagga Wagga received multiple calls of complaint informing of a red flag emblazoned with a swastika seen floating at Wagga’s Robertson Oval early on Monday evening.

Mayor Greg Conkey was made aware of the flag after leaving a meeting shortly after, and drove past it himself on his way home.

“I was quite offended and disgusted,” he told The AJN.

“It’s an offensive flag and it does not reflect the feeling of this community in any shape or form. I really was quite disgusted by the situation.”

With darkness impeding the flag’s safe removal that evening, it was organised for it to be taken down the next day.

By 6.30am Tuesday, the flag had been removed.

“We are a very inclusive, multicultural community. We are also a defence force city. This flag offended a large number of people, and I was conscious that also included many current and ex-service men and women. I was pleased to get it down very quickly,” explained Conkey.

NSW Jewish Board of Deputies president Lesli Berger commended the City of Wagga Wagga for ensuring a swift removal, “and in doing so, sending a clear message that the swastika has no place in Wagga – or anywhere else in this country for that matter”. 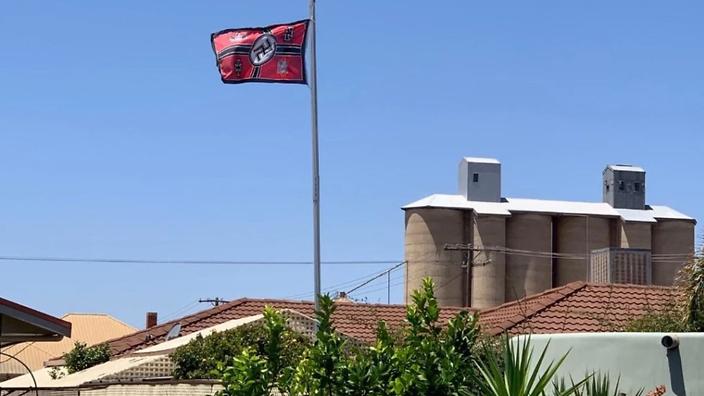 The incident in Wagga comes just one month after a Nazi flag flew from a private backyard in Beulah, a small town in Victoria’s north-west. Following strong condemnation by Victorian Premier Daniel Andrews and others on both sides of politics, the residents finally removed it after negotiations with local police. While a Victorian parliamentary inquiry into anti-vilification protections is currently underway, the incident reignited calls for bans on all public displays of Nazi swastika symbols with Victorian Liberal-National Opposition officially adopting a policy and pushing for legislation to bring the ban into law.

In the wake of the act in Wagga, Caulfield MP David Southwick said, “That is why the Victorian Liberals have committed to ban the Nazi swastika and I will continue working with the community and government until this policy becomes reality.”