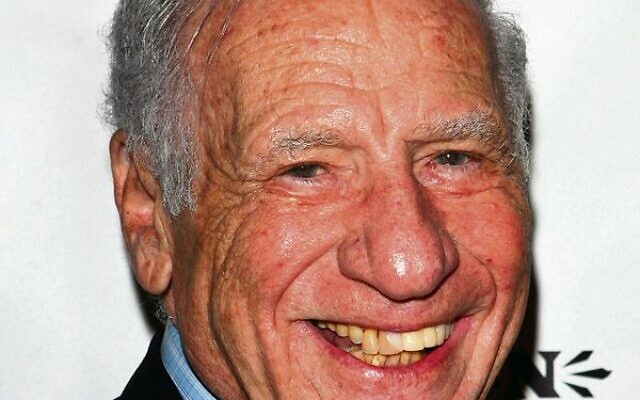 THIS, from the filmmaker who put “abi gezunt” (Yiddish for “go in good health”) into the dialogue of a movie set in the American Wild West.

Despite being a poster child – or poster zaida, perhaps – for Jewish humour, legendary comedian Mel Brooks revealed in his recent memoir that he doesn’t consider his comedy “Jewish”.

“My wit is often characterised as being Jewish comedy … But … to characterise my humour as being purely Jewish humour is not accurate. It’s really New York humour,” he wrote.

Perhaps knowing that this may not clarify the issue for those who think New York humour is Jewish humour, Brooks explained further, to the The New Yorker, “There’s some cruelty that you find in New York humour that you wouldn’t find in Yiddish humour. In New York, you make fun of somebody who walks funny. You never find that in Sholem Aleichem.”

The extra clarification may be even less help to those familiar with the language that gave the world the word “klutz” – which might describe, for instance, a person who walks funny, and doesn’t seem exactly laced with pity. One might also question how much humour there is in Sholem Aleichem’s most famous story about a poor milkman caught between pogroms and exile.

And yet … so what if this is how Mel Brooks wants to describe his work? Hasn’t he earned the right to do so?