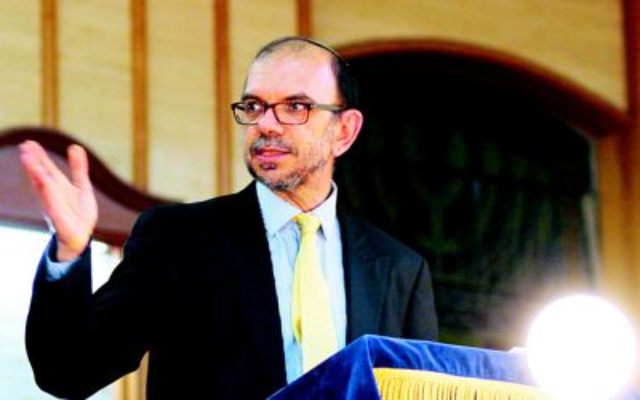 IT was standing room only at Caulfield Shul on Monday night as the community banded together to show solidarity with the three Israeli teenagers reportedly kidnapped by Hamas last week.

The prayer rally for Gilad Shaar, Naftali Frenkel and Eyal Yifrah, was spearheaded by the Council of Orthodox Synagogues of Victoria and the Rabbinical Council of Victoria, but attracted support from across the religious spectrum with tehillim read by representatives of a broad cross-section of the community.

Members of the gathering, linked arms and wept as the prayers were read during the moving service.

Rabbi Genende delivered an impassioned plea for the safe return of the boys and condemned the kidnapping “in the strongest possible terms”.

“They were simply making their way home from school when terror struck,” Genende said.

Rabbi Kluwgant spoke of the deep-seated issues Israel faces in the region, saying that “no amount of negotiation for land, or prisoners or anything else will fix this problem”.

“They were kidnapped by terrorists who hate Jews and do not wish for peace but to see an end to the very existence of the Jewish nation.

“Negotiating for land and people with terrorists who still to this very day do not acknowledge Israel’s right to exist; will not bring about peace. Certainly not the peace we pray for and wish for when we sing ‘oseh shalom bimromav’,” he added.