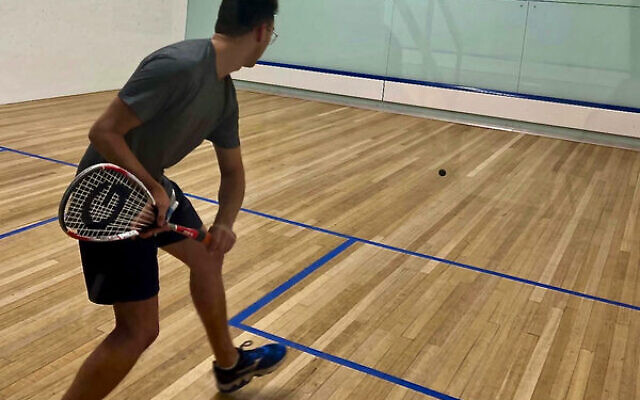 The sport of squash is enjoying a comeback at Maccabi Victoria

There have been encouraging signs of increased interest in registration, and also coaching sessions. It’s hoped this trend continues in the coming months.

Squash, being indoors, is a brilliant sport to play throughout winter.

If anyone is interested in playing competition squash for Maccabi, which begins next month, or playing social squash with the club, contact Justin on 0400 551 611 or email jsfulop@gmail.com

Maccabi Athletics Club will be holding a special open day training session on Sunday, May 1 from 4pm to 5.30pm at Duncan Mackinnon Reserve.

It’s not only for club members and trial athletes, but also for all young Jewish athletes preparing for the upcoming Eastern Independent Schools Melbourne athletics carnivals, which will include students from King David School, Bialik and Mount Scopus colleges.

There will be additional athletics coaches on hand to share tips on sprinting, middle distance running, jumping, shot put and discus, plus a specialist javelin coach.

Come and give athletics a go.

At just over the halfway mark of the Table Tennis Victoria pennant season at Melbourne Sports and Aquatic Centre, all Maccabi teams remain in finals contention.

Maccabi will begin a term 2 junior table tennis league on April 28 in Malvern East, where the club will continue to run coaching and competition sessions on Monday and Thursday evenings.

Maccabi’s top-ranked junior, Shamir Freedman, recently made the quarter-finals of the Ballarat Open, and plays at pennant level in division 3.

To find out more about the club, email tabletennismaccabi@gmail.com