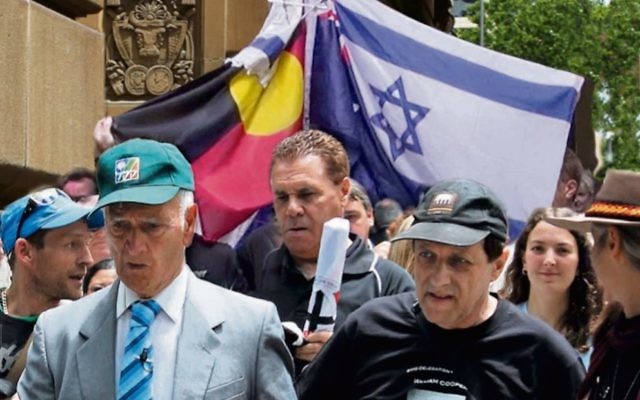 MARCHERS from three points of the compass plan to converge on Melbourne’s CBD on December 6 to commemorate the walk of Aboriginal human rights advocate William Cooper to the German consulate 80 years ago on that date with a protest note from his Australian Aborigines League (AAL) over Kristallnacht.

Cooper, a Yorta Yorta elder and the AAL’s founder, was incensed about the Nazi pogrom against Germany and Austria’s Jews on November 9-10, 1938. But he and his small delegation were barred from the consulate.

That Cooper and his tiny Indigenous community stood up for Jews under Nazi oppression in a largely indifferent world, has forged a bond between Jews and Aborigines.

Australia/Israel & Jewish Affairs Council national chairman Mark Leibler, who co-chaired Reconciliation Australia, the Referendum Council and the Expert Panel on Constitutional Recognition of Indigenous Australians, is patron of the event, Walking Together.

“As we honour William Cooper for his brave and principled protest against Nazi Germany’s treatment of the Jews, the ongoing injustice endured by his descendants in our fortunate country demands our continued attention,” Leibler told The AJN.

“Cooper was one of the first Aboriginal leaders to advocate for Australia to recognise, respect and empower its First Peoples, and I believe that our debt of gratitude to him requires Jewish Australians to work alongside Aboriginal and Torres Strait Islander fellow citizens in pursuing this yet to be realised objective,” he said.

The commemoration is endorsed by the Jewish Community Council of Victoria and the Jewish Holocaust Centre, and has active support from Mount Scopus, Leibler Yavneh and Bialik colleges, and The King David School.

Cooper’s grandson Alf (Uncle Boydie) Turner, 90, is set to take part, stating he was “overwhelmed by the support of friends in Melbourne’s Jewish community”.

Another march from the new Cooper electorate will include AAL members, and a march following Cooper’s route from his Footscray home to the consulate is likely. The marches will converge for a rally by the Yarra.

Schwarz said the marches are “in thanks and solidarity with people who stood up for us”.