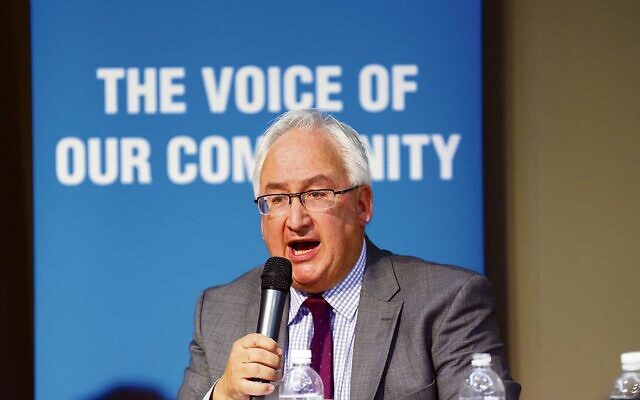 FORMER federal Labor MP Michael Danby has claimed the party broke its own rules by not giving him an opportunity to speak against the recent change in its platform on recognising a Palestinian state.

A 2018 conference motion “calling on the next Labor government to recognise a Palestinian state” was elevated at the party’s platform conference in March. Danby said he was denied the right to speak against it.

“I requested to speak against the reception of the report ‘Australia and the World’ as was my right as a delegate under Standing Order 6A for this conference,” he wrote to Labor national secretary Paul Erickson last week.

“Yet despite repeated phone calls on the morning of the conference, I found when the debate was called on that I was unfairly excluded from the speaking list and blocked from entering the speakers’ green room.

“I hereby request that you refer this matter to the next National Executive meeting as it is my belief that this report was accepted in clear breach of the ALP’s own rules and is therefore invalid.”

A Labor insider told The AJN this week that Danby “may have a point”.

At the time, shadow foreign affairs minister Penny Wong gave assurances the platform change would not bind a future Albanese government, however it was widely criticised by communal organisations and others concerned about rewarding Palestinian intransigence, with Danby particularly vocal.

The AJN contacted Erickson on several occasions about Danby’s request – and was told on Monday he had our correspondence – but a response was not received by press time.