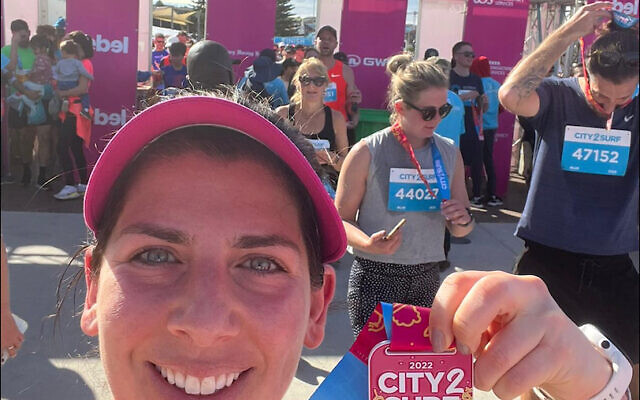 For the first time in the famous annual fun run, dozens of Jewish Sydneysiders completed the City2Surf on Sunday, August 14 as part of a Maccabi Life-JCA community team.

Sporting specially made team shirts and caps, the participants of all ages spurred each other on as they either walked, jogged or ran the 14km street course from Hyde Park to Bondi Beach.

Some had trained together in free Sunday morning sessions in the eastern suburbs and St Ives as part of the program.

Fresh from being player-coach in Australia’s gold medal-winning women’s futsal side at last month’s Maccabiah Games in Israel, followed by a short vacation in London, A-League Women’s goalkeeper for the Melbourne Victory, Melissa Maizels, happily volunteered her time last Sunday morning to cheer on Maccabi FC Caulfield’s U11 girls’ team – who are actually called ‘The Maizels’ – during their match.

Offering her advice and encouragement to the young players and their coaches, it was an experience they will treasure for the rest of the season. 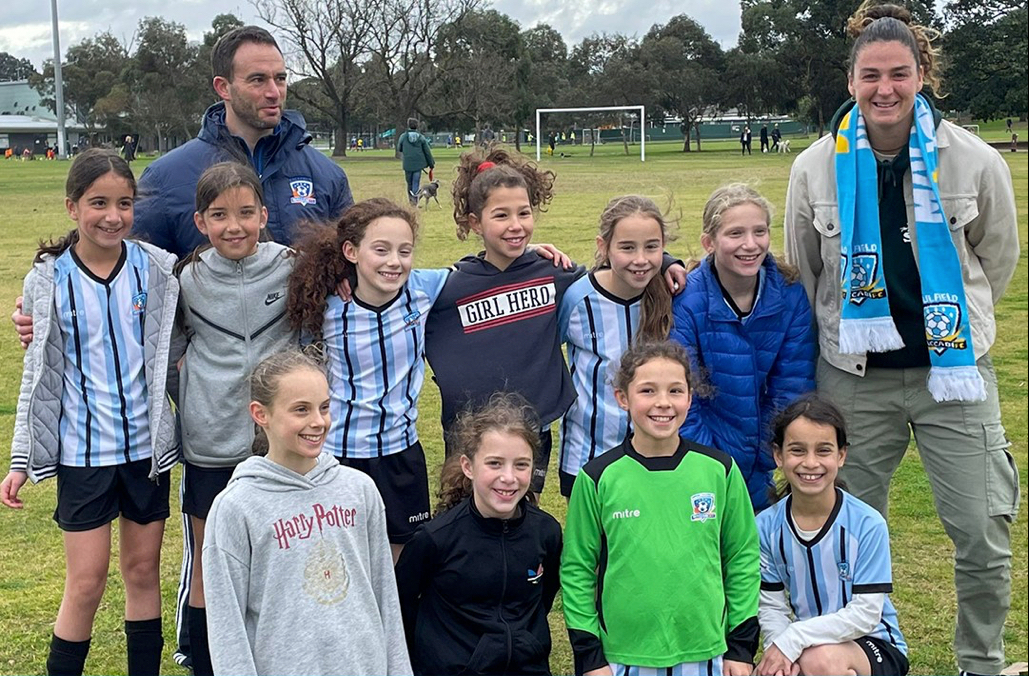 Melissa Maizels (on right) with the Maccabi FC Caulfield U11 girls’ team, called ‘The Maizels’.

Mazal tov to them both! 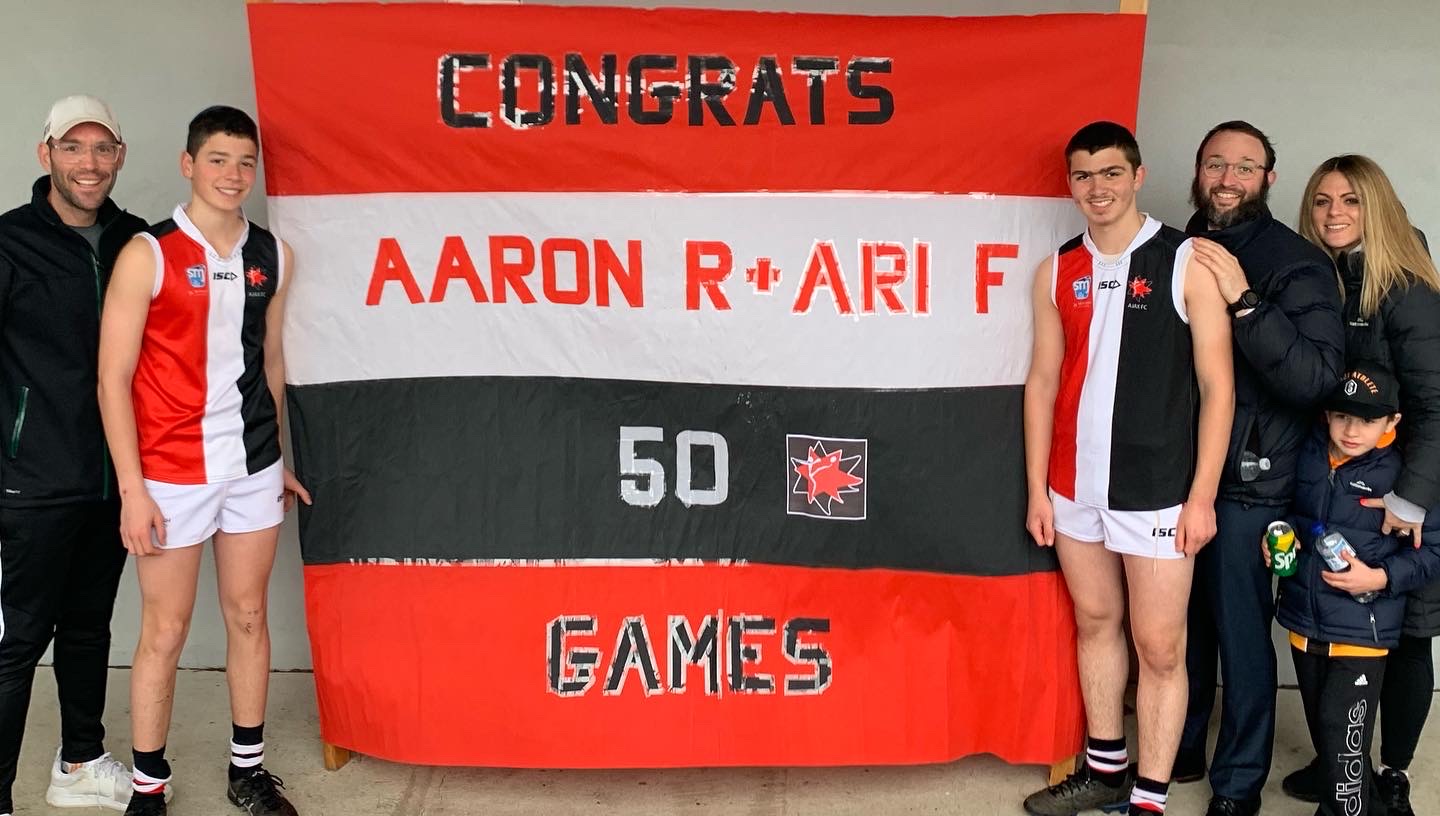 Although the Maccabi Warriors’ two Big V basketball teams missed out on making this month’s 2022 finals series – in what was a Maccabiah Games year – there are green shoots for the club.

In the Youth League 2, Warriors player Jarred Fibishenko ranked first in the competition’s regular season for rebounds per game (12.67), second for assists per game (4.4) and second for points per game (21.87). 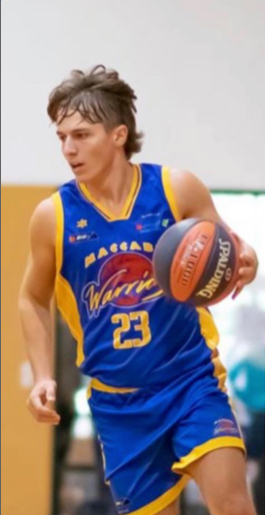 MACCABI-AJAX Junior Cricket Club player registrations have officially opened for the 2022-23 season, but will close on September 2, ahead of team selection trials.

The club has programs for boys and girls aged between 5 and 10, and fields junior teams in competitions for players aged between 9 and 16.

The season is likely to commence on October 9.

In great news for the club, experienced cricket all-rounder Donna Gouldthorp was appointed this week as its head coach of female cricket.

To register a player, visit http://www.revolutionise.com.au/macviccric/events/148914/

The students asked many questions, and were grateful for the opportunity to meet Rochecouste, learn about the importance of inclusivity, and experience sport from a new perspective.

Rochecouste brought 10 sport wheelchairs with him, and encouraged the students to have a go at playing a game of wheelchair basketball, which they thoroughly enjoyed. 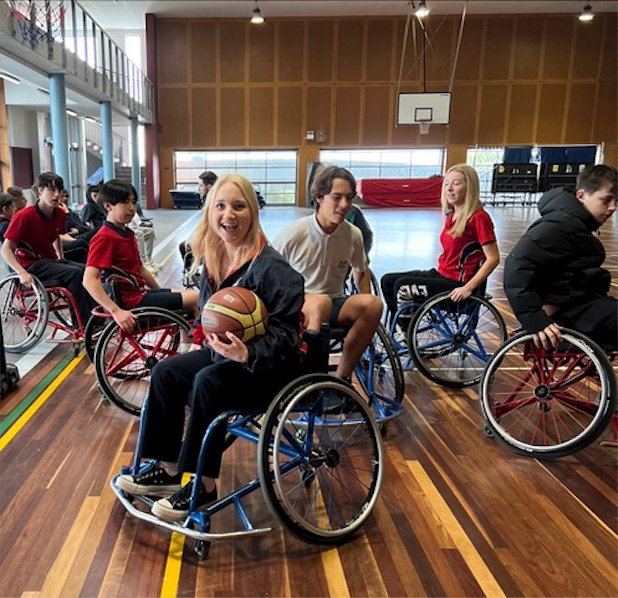 The Maccabi Lakers did well to finish third out of 10 at the end of the term 3 City of Sydney men’s premier league basketball season, but bowed out in the semis on Monday night when falling to the second-placed Throwback Cheetahs Red side 91-101.

Maccabi were the better side in the first half, and led by five points at the break.

They extended that lead to eight points early in the second half, but to their credit, the Cheetahs found an extra gear in the final nine minutes, going on a scoring spree, while buckets dried up for the Lakers.

Foul trouble to key Maccabi players in the crucial last few minutes made a comeback impossible, but there was no shortage of effort, and the team can take plenty of positives as they begin preparing for the term 4 season.

Top-scorer for the Lakers in the semi-final was Marcel Ninio, with 34 points.