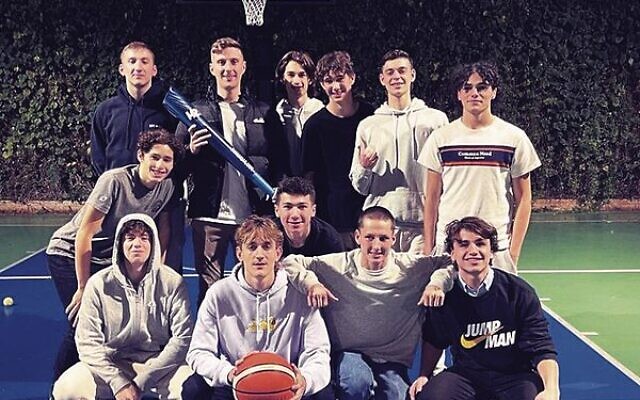 A Maccabiah Games torch – one of only five in the world – toured Maccabi sport clubs in Sydney from mid to late May, and is currently popping up, with much fanfare and excitement, at Jewish day schools in Melbourne, at communal events, and at training sessions at Maccabi Victoria sports clubs.

Members of Maccabi youth basketball, cricket, football and netball teams were among those to touch the torch in the last seven days.

Meanwhile, Maccabiah-bound Australian team members are ramping up final preparations, including the youth boys’ basketball team, which had a practice match against a Maccabi Victoria Basketball U18 boys’ team.

And this weekend, the Australian men’s cricket squad will have a national camp in Melbourne, while in Sydney this Saturday, Australia’s men’s rugby team will have its final practice match against Lane Cove.

Maccabi Victoria Basketball Club’s U18 team had a brilliant week, starting with a practice match against Australia’s youth boys’ Maccabiah Games squad, and ending with winning the U18 boys’ Division B4 title at the 2022 Nunawading Spectres Queen’s Birthday tournament at Mullum Mullum Stadium.

After a come-from-behind opening match win that was forced into extra-time with a successful field goal shot right before the buzzer, the Maccabi boys won their next four games to reach the final, which they won by 50-39 over Knox.

Joshua Mohr top-scored in the decider with 10 points, Ramel Chrapot scored nine, and Ben Bassat and Tyler Gilbert chipped in with seven each.

Mazal tov to the players from AJAX Junior Footy Club who earned selection to play junior rep footy on the long weekend.

Negri selected in Australia A squad

Melbourne Vic Centre Swimming Club member Benno Negri has been named in a 22-strong Australia A swimming squad that will soon compete in a major international tournament.

The Australia A squad has been invited to enter the 2022 US National Swimming Championships from July 26-30 in Irvine, California.