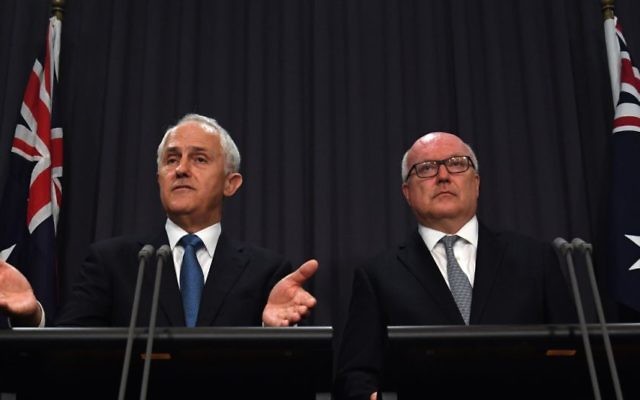 Turnbull on Tuesday presented MPs with a modified package removing the words “offend”, “insult” and “humiliate” from the section’s description of unlawful conduct, replacing them with the tougher condition of “harass” and is in negotiations to pass the changes through the Senate.

At a community forum on 18C last week, Goldstein MP and former Human Rights Commissioner Tim Wilson argued strongly for changes to 18C, stating: “Using the law to decide where the boundaries [of free speech] are is bad” and represents “real censorship”.

At the same forum, academic Georgina Downer argued that speech should be tested by a “marketplace of ideas”, not in drawn-out conciliation conducted behind closed doors, as provided under 18C.

However, Labor MP and former attorney-general Mark Dreyfus gave strong support at the forum for keeping 18C as it is. Reacting on Tuesday to news of the proposed changes, the Isaacs MP vowed the ALP “will fight against these changes to Section 18C which weaken the law, not strengthen it. These changes will throw out decades of court precedent that have protected against anti-Semitism and Holocaust denial.”

Politicians aside, communal reaction to the proposed change has been mixed.

Dr David Adler, an advocate for changing 18C, told the AJN he was encouraged by the announcement.

The former Chabad North Shore secretary said while he would have preferred stronger changes, “the political reality is that this is a reasonable compromise. It does provide some balance between free speech and protections and it’s more consistent with Jewish values in my view. There’s no place on earth where 18C-type legislation has reduced anti-Semitism.”

Robert Magid, publisher of The AJN, welcomed the proposed amendments: “Throughout history, Jews have been at the forefront of movements advocating for freedom of speech and freedom of expression, and this move should be welcomed by the community.”

Australia/Israel & Jewish Affairs Council executive director Colin Rubenstein and international community affairs director Jeremy Jones stated: “Removing the words ‘insult’, ‘offend’ and ‘humiliate’ … and replacing them with ‘harass’ will, in our view, significantly weaken legislation that has worked effectively for over 20 years.”