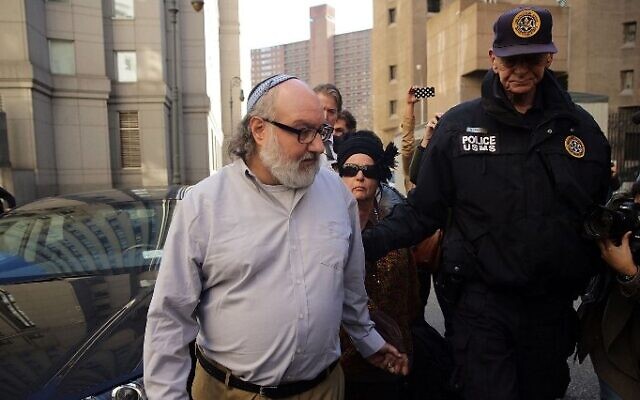 AN invitation for convicted spy Jonathan Pollard to serve as the keynote speaker at a Yom Yerushalayim event co-hosted by Mizrachi and Caulfield Hebrew Congregation (CHC) this weekend has been condemned by communal leaders.

Pollard was convicted of spying for Israel while serving in the US Navy’s counterterrorism centre in 1987 and sentenced to life in prison, straining relations between the two allies. Many felt the sentence was excessive and, over the years, successive Israeli leaders and Jewish groups in the Diaspora campaigned for his release.

After serving three decades in an American prison and five years on parole, Pollard was allowed to emigrate to Israel in December 2020.

In a rare interview earlier this year, he backed his decision to pass classified information to Israel, telling Israel Hayom the US had “stabbed Israel in the back” by withholding intelligence.

Mizrachi president Danny Lamm, who initiated the invite, said of his controversial guest, “He’s got an extraordinary story to tell.

“He uncovered information that the US had about Israel’s enemies that the United States did not share with its allies, and saved many Jewish and Israeli lives.”

“He sacrificed his liberty for nearly 30 years,” Lamm added, noting “The dream to come to Israel was what sustained him during 29 years of incarceration.”

A number of key communal leaders though have claimed Pollard is a wholly unsuitable guest speaker.

President of the Zionist Federation of Australia (ZFA), Jeremy Leibler said, “There is a fundamental difference between engaging with Pollard or even having a view that his sentence was too long, and holding him up as a guest of honour at an event to mark Yom Yerushalayim.

“This is someone who has been convicted of espionage by Israel’s strongest and most reliable ally and in a recent media interview was completely unrepentant,” he added.

“The issue of Jonathan Pollard raises very serious issues for Jewish communities in the Diaspora and one has to question the judgement of selecting him as a keynote speaker for such an event.”

Senior rabbi at CHC, Rabbi Ralph Genende, who also acts as a religious adviser to the ADF, penned a private letter to board members in which he wrote that this is a “potentially damaging invitation to both the shule and the wider Jewish community. It sends a message to the Jewish community and especially to young Jews, that it is acceptable to betray one’s country, one’s staunchest ally and friend. It sends a message to the Australian government and people that our Jewish community admires such behaviour and opens the door to accusations against us of untrustworthy loyalty”.

Rabbi Genende, who is leaving his post later this year, subsequently told The AJN, “Even if I disagree with my board, I accepted its decision and will abide by it.”

He added, “I pray for the peace of Jerusalem and hope that the event on Sunday night will encourage us to work together rather than exacerbate the differences between us.”

Meanwhile, Colin Rubenstein, executive director of the Australia/Israel & Jewish Affairs Council (AIJAC), named the decision “divisive and misguided”, fearing it would have “a negative impact on an event which should be devoted to Jewish unity in the celebration of Jerusalem”.

Although he said, “One can sympathise with Pollard over the excessive punishment he received,” Rubenstein continued, “Jonathan Pollard is not someone who should ever be held up as a role model. He committed espionage against his country, badly damaged Israel’s relations with its most important ally, and, to this day, remains unrepentant for his crime.”

But a defiant Lamm said, “Many in our community eagerly await Mr Pollard’s oration.

Among other hosts of the event being held at CHC are Bnei Akiva, Hineni, the Rabbinical Council of Victoria (RCV) and the Council of Orthodox Synagogues of Victoria (COSV).

Bnei Akiva and CHC president David Mond declined to comment when contacted by The AJN. The RCV, COSV and Hineni did not respond by press time.